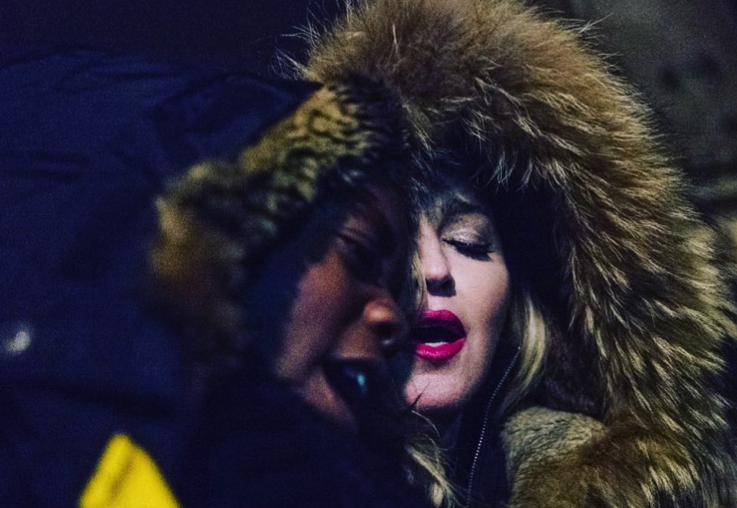 Yesterday a member of pop singing royalty gave an impromptu acoustic performance in the open air in Paris.

“It was inspiring, it was raw, it was real,” said Pete Hall, 45, a tourist from London, “She was paying her respects to Paris.”

Madonna sang a series of songs to a small crowd of people at the Place de la Republique, which has become the unofficial gathering place for mourners of the November 13 attacks. 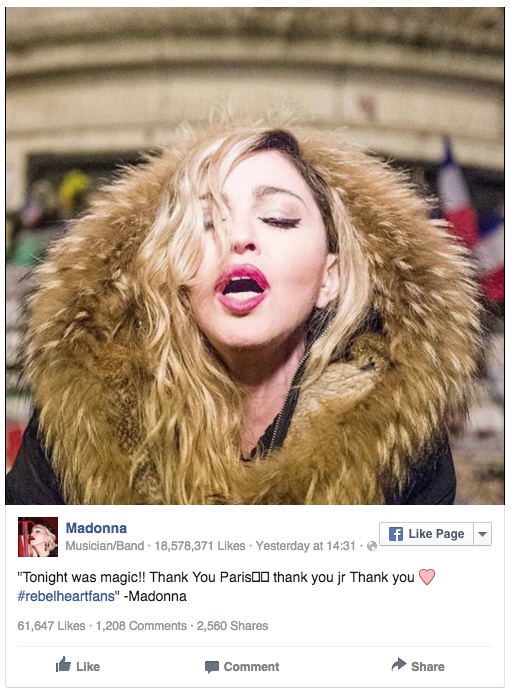 Those who attended the performance reported that Madonna sang her well known hits “Like a Prayer” and “Ghost town” as well as John Lennon’s long standing hit, “Imagine”.

Earlier at her organised concert in Bercy, Madonna shouted to the large crowd: “We will not bend down to fear!”

Throughout the concert Madonna continued to encourage and support Paris, “I think of what happened almost four weeks ago now,” she said. “The heart of Paris and the heart of France beats in the heart of each city.”

“I came here when I was 20 and it was here, in Paris, that I decided to make music. Thank you Paris for planting that seed in my heart!”