Article Popular Formula On Sale For $4 In Woolworths 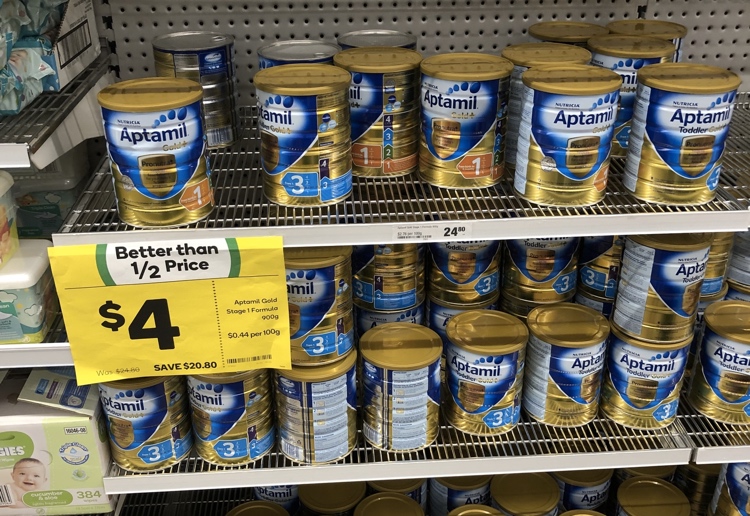 An eagle-eyed parent has discovered a treasure trove! A whole shelf of popular baby formula selling for only $4 a tin!

The shopper discovered a whole range of Aptamil Gold+ Baby Formula Stage 1 and 3 900g tins for sale in their local Woolies store.

These tins are usually priced at over $23 in other stores so it’s no wonder that the rock-bottom price tag has got mums and dads in a tizz.

The shopper posted their discovery on ozbargain.com.au, saying that he found the formula at Woolworths in the Queen Victoria Village, in central Melbourne.

It sounds too good to be true…but there is a catch.

Apparently, the formula is nearing its best-before date.

The poster, nicknamed donkeykwong, said: “Looks like someone at QV Woolworths stuffed up and a whole bunch of formula is expiring, so it’s going at $4 a tin. Very little Level 1 avail but heaps of Level 3 which expires next month.”

Within minutes, the site was flooded with enthusiastic replies as well as comments about the desperate shortage of formula in recent months.

We can’t guarantee there are any tins left…but it’s certainly worthwhile checking out.

Are you having trouble finding formula? Tell us in the comments below.