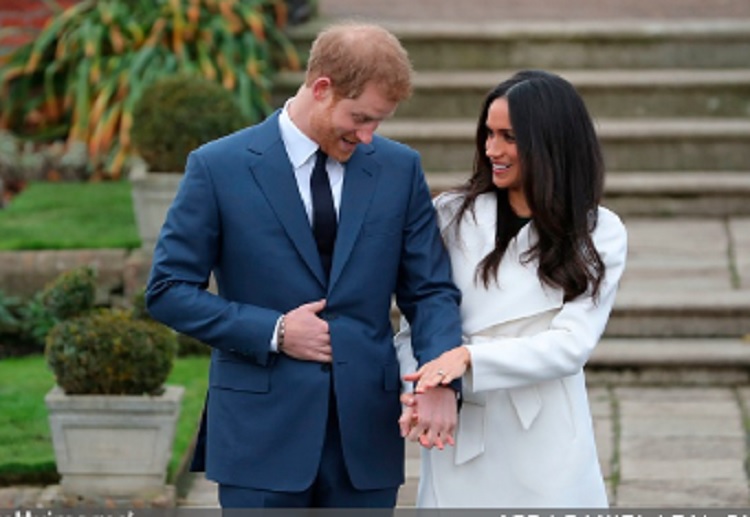 After finally making the big official announcement that Prince Harry proposed to Meghan Markle a few weeks ago, here is the goss on that ring!

In their first official interview as a blissfully engaged couple, Prince Harry and Meghan Markle have spoken at length about their 18-month romance leading to today’s special announcement.

In a world exclusive, the BBC sat down with the pair who discussed everything from the first time they met to introducing Meghan to the Royal family.

While the engagement has sparked excitement around the world, Prince Harry was quick to acknowledge the celebrations were missing one of the most important people – Princess Diana.

When asked what his mother would say about Ms Markle, Prince Harry said the pair would be “as thick as thieves.”

“I think she would be over the moon, jumping up and down, you know so excited for me, but then, as I said, would have probably been best friends – best friends with Meghan,” he said.

“You know it is days like today when I really miss having her around and miss being able to share the happy news.  But you know with the ring and with everything else that’s going on I’m sure she’s with us.”

“The ring is obviously yellow gold because that’s her favourite and the main stone itself I sourced from Botswana and the little diamonds either side are from my mother’s jewellery collection to make sure that she’s with us on this crazy journey together,” he said.

Ms Markle said knowing Princess Diana was part of their journey was special.

“Obviously not being able to meet his mum it’s so important to me to know that she’s a part of this with us,” she said.

“And I think in being able to meet his aunts and just different people who were so important to his mum, I’m able to, in some way, know a part of her through them and of course through him.  And it’s it’s incredibly special.”

So how did Prince Harry pop the question?

“It happened a few weeks ago, earlier this month, here at our cottage, just a standard typical night for us,” Harry said.

“Just a cosy night… trying to roast a chicken and it just – an amazing surprise, it was so sweet and natural and very romantic. He got on one knee,” Ms Markle said.

Asked if it was an instant yes, she said “yes, as a matter of fact I could barely let you finish proposing, I said ‘can I say yes now?’.”

Watch the interview below.

Congratulations to them both! They are a gorgeous couple x