Article Princess Charlotte won’t wear a dress until she turns 1. This is why. 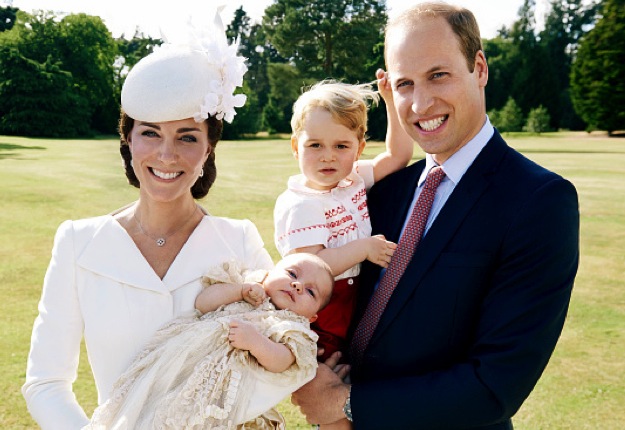 We met the littlest member of the Royal Family just 10 hours after she had been born, draped in the most exquisite little blanket as her proud parents showed her off to the world. We then were shown images of an incredibly beautiful Christening where Princess Charlotte was dressed in a Victorian inspired gown. Though now we are learning that we won’t be seeing the 4 month old in another dress anytime soon.

One of the children’s wear designers that the Duchess of Cambridge regularly consults with, Rachel Riley, has spoken with People Magazine about how we won’t be seeing a little dress fit for a princess on the tiny Royal until she turns 1 (or thereabouts).

“Because they’re a traditional family, I’m sure that she’ll wear babysuits for the first year, and then only when she’s walking will she then move into dresses,” Riley tells PEOPLE. “Even in terms of separates, I don’t think she’ll be wearing separates until much later,”

Here is the gorgeous little Princess at her Christening.

We know that the Royal family are certainly trendsetters when it comes to fashion, anything that Princess Kate is spotted in sells out almost immediately. Her Royal Highness is also known for recycling outfits which she has been praised for, and now we feel that this new trend that Kate is setting might just take off!

Did you dress your little one in baby suits until they learned how to walk? SHARE with us in the comments below.