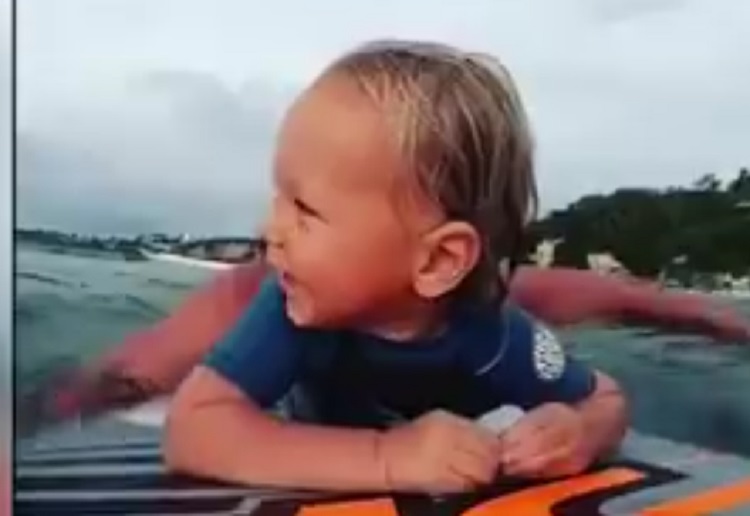 Two videos going viral at the moment are shocking the internet and leaving people shaking their heads over concerns for the kids safety. Is it warranted? They are pro’s after all… Right?

One video going viral is of pro surfer, Koby Abberton, out on his surfboard with his two year old son, Makua.

He soon had people asking “where is his life jacket!?” Surely just in case never hurts?

Another video causing debate is of Aussie pro skateboarder, Vaughn Marks, skating with his little one without any protection.

He had people horrified asking “where on earth is the helmet and protective pads?!”

Accidents happen, right? It really is not worth the risk.

So just because they are pro’s does that mean they should be ditching “safety first” like other parents?