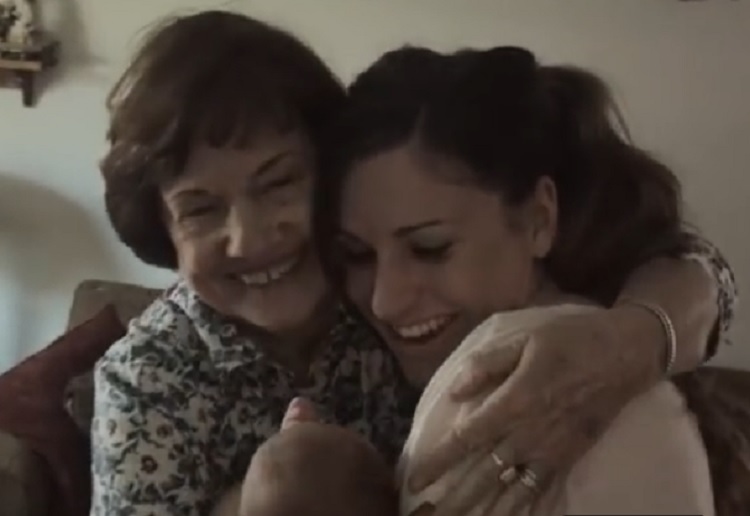 When this couple finally had their dream come true of an adopted baby daughter named Finley, they captured the reactions from their closest family and friends in a surprising way.

Family and friends always knew Lacey and her husband, Banks, were actively pursuing the adoption process, “but they didn’t know we had been matched and were talking to a particular set of parents or anything like that,” Lacey Farris told ABC News.

It wasn’t until the happy couple showed up on each doorstep with little Finley in their arms that their loved ones had any clue the new parents were now a family of three.

Lacey said they decided to visit relatives and friends all over the country in just three short days. “My husband’s family lives in Alabama and Tennessee and mine is in Arizona. And we live in California,” she said. “Since we were in Georgia, we figured it would be effort, but if we took her around to show up to everyone’s house, what a wonderful video for her to keep throughout life to know she was so welcomed and how genuinely excited everyone was to meet her.”

“We’re overwhelmed by the amount of support and love we’ve gotten from strangers,” said Lacey. “We posted this video to tell Facebook, our friends and family, that we adopted. It was our big reveal. Then the shares everyone did and the amount of love that was poured out was instant.”

The proud parents are thrilled to have the welcome video to share with Finley when she gets older.

“We adopted her at birth,” Farris added. “She became ours fully on May 2.”

Such treasured moments to cherish forever.