Article QUICK! Do You Have One of These Stashed in Storage? 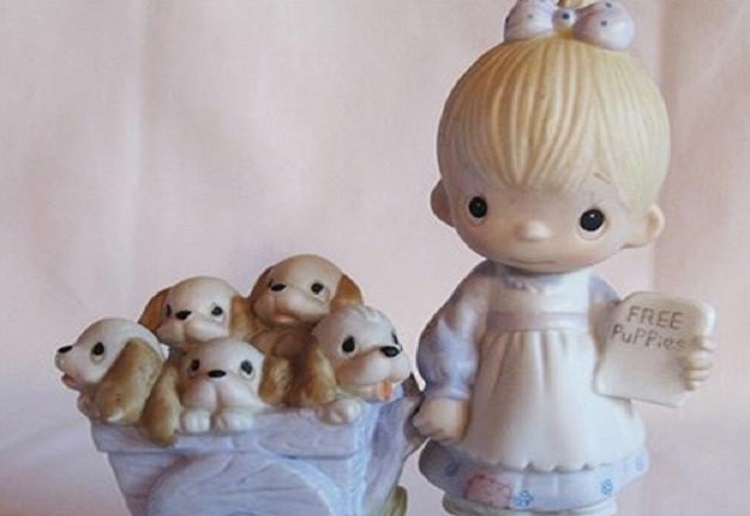 If you have any old or forgotten collectibles around the house, check them now! They could just end up making you rich!

A particular range of $15 collectible porcelain statues from gift-ware retailer Precious Moments have sparked something of a frenzy of selling and buying activity on eBay, with some of the rarer pieces being valued at up to $2,000, shares Daily Mail.

The company first released the 21-piece collection of ornaments in 1979 – and the first piece from the range, a statue of a little girl giving away ‘free puppies’ entitled God Loveth a Cheerful Giver, is currently the most valuable of the lot, according to a spokesperson for Woolvey Antiques and Collectibles. 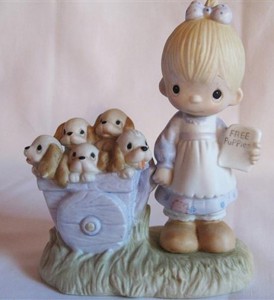 Antiques expert Paul Burton told Today that the God Loveth a Cheerful Giver ornament has previously been valued at more than $2,000 – however they are currently only raking in around $350 on eBay at the moment.

He said: ‘I don’t believe I have seen one actually sell for more than half of [$2,000], although they are still occasionally listed for sale in that price range.’

But if you don’t happen to have that one handy, fear not, because God Loveth a Cheerful Giver is just one small part of the company’s original 21 porcelain ornaments. 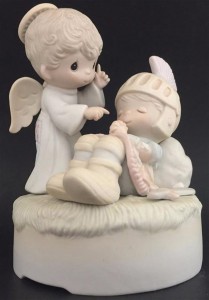 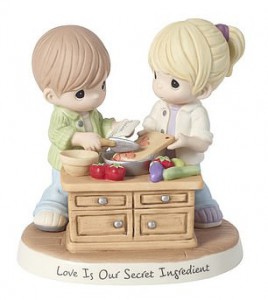 Another popular collectible from the retailer is their Silent Knight musical figurine which plays the Christmas classic Silent Night, and was made in 1981.

The ornament was originally priced at $45, and is now selling on eBay for $199.

The most important things to look for when checking to see if an ornament is worth anything is the the model number and the production year mark, according to the guide.

I am sure I had one of these! No idea what happened to it though.