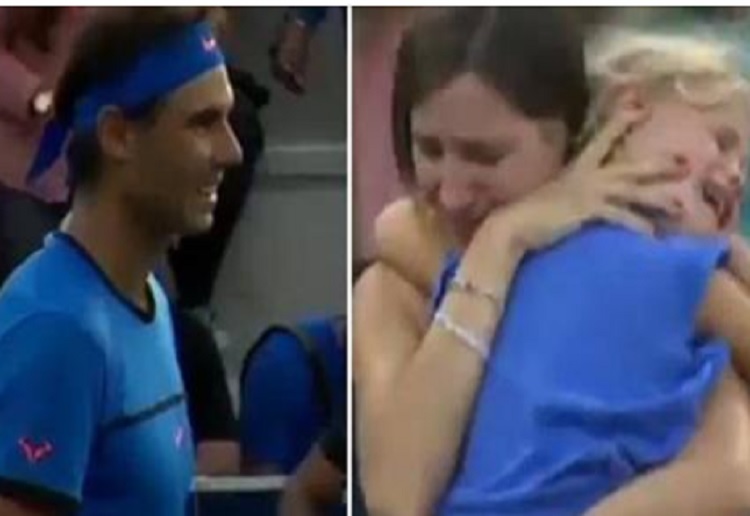 Rafael Nadal stopped a recent tennis match while a distraught mother searched for her child.

The tennis player was playing an exhibition doubles match with Simon Solbas against Carlos Moya and John McEnroe in Mallorca when a large commotion broke out in the crowd, reports 7 NEWS.

TV footage showed an upset mother desperately searching for her daughter, standing next to a steward and shouting ‘Clara’.

Nadal was about to serve when he immediately stopped, sparking a court-wide search for the toddler.

The tearful girl was soon spotted and bystanders alerted the mother, who ran to pick her up and hug her tightly.

The spectators applauded the emotional moment while Nadal was seen smiling after the happy ending.