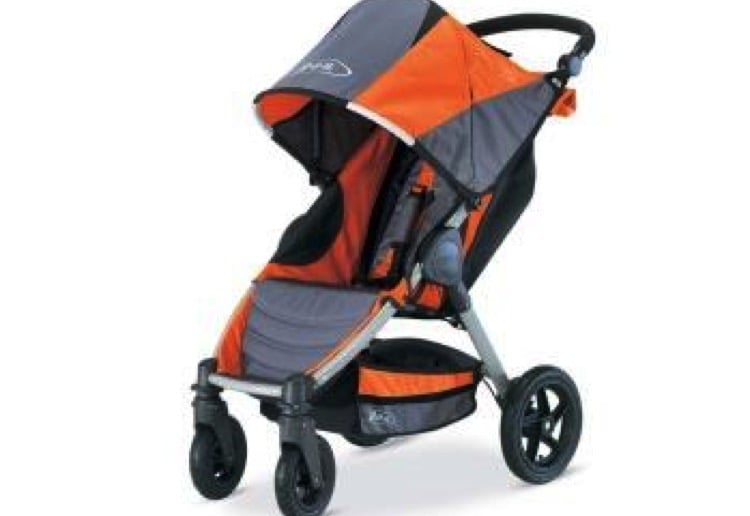 The Consumer Product Safety Commission (CPSC) in the US has announced a massive recall of the B-Agile and BOB Motion Britax Strollers with click-and-go receivers, with over 650,000 of these models sold in America.

The company issued the recall after 33 reported incidents where the car seat component was attached to the stroller, only to suddenly disconnect and fall to the ground.

In 26 of these cases, parents reported scratches, bruises and cuts to their little ones.

“A damaged receiver mount on the stroller can cause the car seat to disengage and fall unexpectedly, posing a fall hazard to infants in the car seat,” reports the CPSC.

According to Britax Australia “New Zealand is conducting a recall on Britax B-Motion and Bob Motion strollers, the Britax Click & Go 3 Wheel Stroller frame and Britax Click & Go receivers when used as a Travel system with the B-Safe Infant car seat.

However “The Britax Australia Infant Carriers are a different design and do not have a propensity to disconnect from the Click & Go receivers,” writes the company.

“Britax Australia has had no incidence of Infant Carriers being disconnected from the strollers and have not had any returns of failed Click & Go Receivers.” 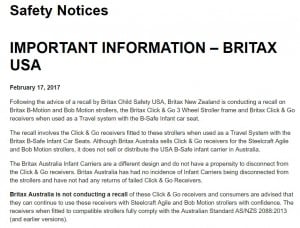