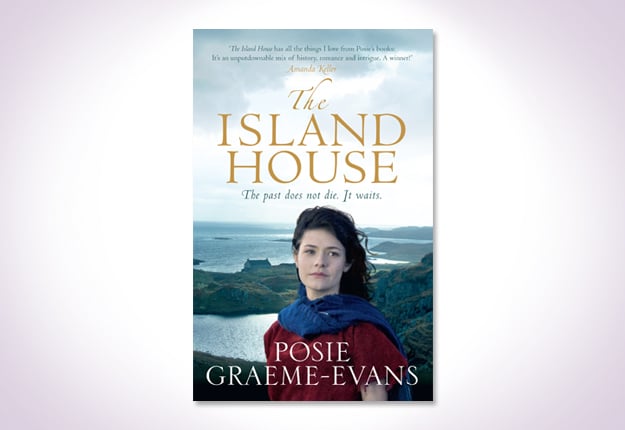 The Island House - Simon & Schuster book review :
4.4 out of 5 based on 36 reviews.
Post your review

The Island House is the fifth novel from Posie Graeme-Evans.

In 2011 Freya Dane, a Ph.D. candidate in archaeology, arrives on the ancient Scottish island of Findnar. After years of estrangement from her father, himself an archaeologist who recently died, Freya has come to find out what she can about his work. As she reads through his research notes, she sees he learned a great deal about the Viking and Christian history of the island. But what he found only scratches the surface of the discoveries Freya is about to make.

In 800 A.D. a Pictish girl named Signy loses her entire family during a Viking raid. She is taken in by the surviving members of the Christian community, but when she falls deeply in love with a Viking boy, she is cast out. She eventually becomes a nun and finds herself at the center of the clash between the island’s three religious cultures. The tragedy of her story is that, in the end, she must choose among her adopted faith, her native religion, and the man she loves.

Centuries apart, Freya and Signy are each on the verge of life–changing events that will bring present–day and Viking–era Scotland together.

The Island House, written by Posie Graeme-Evans, is a new release from Simon & Schuster.

Find out more about The Island House here.