If you’ve ever hosted a party, you’ll know that it can be quite a pricey affair. The food, decor, entertainment – it all adds up and when the guests leave, you’re left with an almighty mess and a massive bill.

So I don’t exactly blame this mum for considering passing the buck, quite literally, when planning a party for her hubby.

The woman shared her dilemma on Mumsnet, hoping to get some support for her idea. She explained that her husband would soon be celebrating a milestone birthday.

Passing On The Cost

“He has asked me to plan something as a surprise. I have some ideas for activities, but the cost is roughly $60 per person,” she said.

She was wondering whether it would be reasonable to ask the guests to pay $60 each to join in the birthday fun.

“Is it OK to invite people and tell them they have to pay for themselves or should I pay for everyone?” she asked.

Some were in full support of the pay-your-own-way proposal.

“I think it’s fine. Just make sure you tell people so they can budget,” one suggested.

“I think it’s completely fine to ask people to pay if it’s an activity etc, I’d be happy with that for a friends birthday, I wouldn’t expect to have a ticket paid for me,” added another.

Others said that it very much depends on the situation.

“I think it depends. If it’s a party and you want them to cover food and drink that’s a bit off. However, if I received a text from a friend ‘it’s DH’s birthday I thought we could all go paintballing, it will be $60 each’ I wouldn’t think twice about paying.”

Another contributed: “Generally speaking I think it’s better to do what you can afford than asking people to pay (aside from pay bar at a party or something) but only you know your friends.”

Many thought that it was downright “rude” to put guests in this awkward situation and expect them to pay for a birthday party they may not want to even attend.

“You can’t invite people and ask them to pay!!!” one said.

The poster later added that she was definitely looking at planning an activity for the birthday celebration. She wrote: “I should have been clearer in my title. It is an activity. I’m not thinking of charging entry into my house for a party.”

Have you charged guests to attend a birthday party you have planned Would you? Could you? Tell us in the comments below. 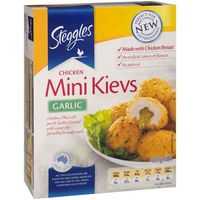