If you have a valid Australia driver’s license and you’re driving on Australian roads, every road rule should be clear. But some people are unaware that many of these laws even exist.

Driving without a seatbelt, speeding, drinking and driving, running a red light and failing to indicate are generally well-known rules.

But there are many more ways to get caught out, and the fines that come with them can be hefty.

Are you breaking the rules every time you drive?

Whether you’re heading interstate or want to test your expertise behind the wheel, here are the most-unknown road rules in WA to stay safe and abide by the law.

Siri Can’t Text for You

Not being allowed to use a phone whilst driving is a common road rule.

But did you know Siri isn’t allowed to help either?

There are strict laws regarding any phone use behind the wheel. Siri can help with other voice-activated services, such as GPS directions or to play music, but sending and viewing texts isn’t allowed – even if it’s through Siri.

The Western Australian road rules state you can only touch a mobile phone if it’s secured in a mounting affixed to the vehicle. However, it mustn’t be used for texting or making phone calls. This includes looking at or responding to a message. Find out mobile phone rules here.

You Don’t Need to Carry Your License Whilst Driving

Whether you need to carry your license or not whilst driving is one of the most heavily-debated road rules.

Some states hand out $1,250 fines if a valid license cannot be produced on the spot.

Fortunately, WA is a little more relaxed. This is the only state where drivers aren’t required to carry their license on them. But if pulled over, you may be asked to provide it within a ‘reasonable amount of time’.

Since 2 March 2018, the Slow Down, Move Over (SLOMO) law has been introduced to WA drivers.

This new law is designed to improve road safety and keep people on the side of the road safe. It applies to all emergency vehicles, such as tow trucks and RAC roadside assistance, and requires drivers to slow down to 40km per hour when passing roadside incidents.

Don’t Drive with a Pet on Your Lap

If your four-legged friend is going with you for a drive, they must be kept safe in transit.

Driving with a pet on your lap or unrestrained in the car is illegal because it can cause a driver to not be fully in control. If an animal is injured because it was unrestrained, the RSPCA may also issue fines under the Prevention of Cruelty to Animals Act.

Instead, invest in a proper restraint or attach your dog’s harness/collar to the back seat using a seat belt attachment.

You Can’t Honk Your Horn to Say Goodbye

That innocent honk as you say goodbye or drive past someone you know can get you into trouble.

In fact, honking your horn outside its intended use could result in a $50+ fine. Horns are only meant to be used to warn another vehicle (or person/animal) that you’re approaching them. No more friendly beeps or using the horn to vent your anger in a traffic jam.

Waving Also Comes with a Fine

Most states have penalties in place for waving to someone outside the vehicle.

According to the latest road rules in WA, drivers can’t have any part of their body outside their window. The penalty is a $50 fine and one demerit point.

Motorcyclists aren’t safe from penalties either.

Approved helmets must be worn to abide by the local rules or you could receive a $550 fine. This may also include wearing a helmet with a loose chin-strap, as one Perth rider recently found out.

Supervising a Learner after Drinking

Although Western Australia was the only state where you could drink and have a sober learner behind the wheel, the law has changed.

Since 2016, learner instructors have faced alcohol restrictions. It’s now mandatory for instructors to have either zero alcohol in their system or be below 0.05. Substantial fines and disqualification penalties are in place for drink driving otherwise.

WA road rules are always evolving. To keep your finger on the pulse, learn the latest road rules or take a driving lesson as a refresher, especially if you’re heading over to WA for the first time. 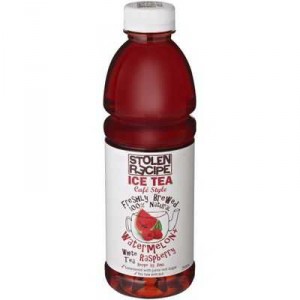 Hi, I would like advice to help encourage my 20 month old to talk more