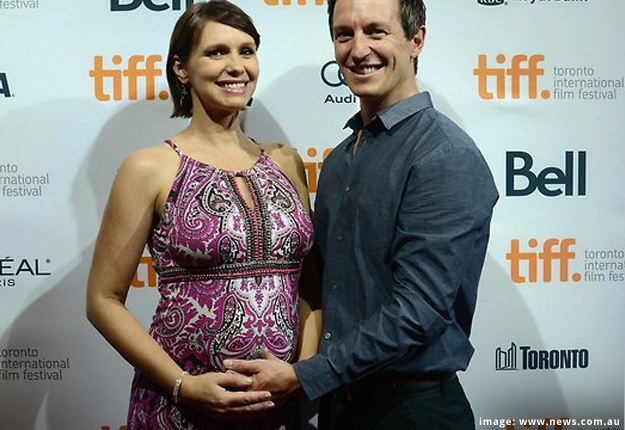 Rove McManus and wife Tasma Walton have revealed they’re expecting their first child. “I’m very happy and excited at the thought of being a mum,” said Walton, 40. “It will be a nice payoff for all this morning sickness, reflux and constipation,” she slightly overshared.

The couple, who are based in Los Angeles, shared their news on the red carpet at the Toronto Film Festival, where Walton is promoting her film Mystery Road.

“The obstetrician started the ultrasound, then turned to me and said, ‘It’s official, you’ve knocked her up!’ said McManus, 39. “That’s is not a joke. That really happened. I’m not sure if it’s a standard medical term but it was nice to have it confirmed.”

They plan to have the baby in Australia early next year – it will be grandchild No. 5 for Walton’s family and No. 8 for the McManuses. The couple said they will “not be selling photos or interviews at this stage.”