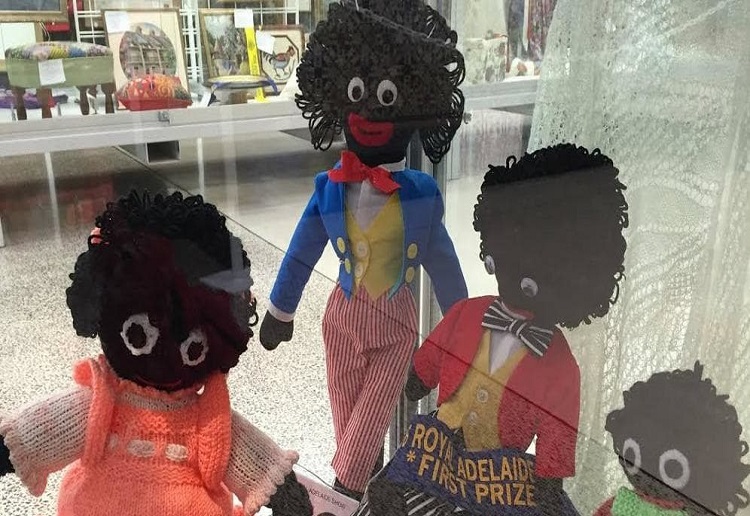 The dolls won first, second and third place in the handicrafts division but have since been removed from display.

The Facebook group Deadly Yarning from South Australian Aboriginal communities posted images of the dolls at midday on Sunday.

The Royal Adelaide Show responded – “There are variety of traditional dolls entered in the handicrafts competition including Parisian dolls, Japanese dolls and African dolls, however the dolls above have been removed from the display. No offence was intended.”

“Absolutely disgusted that they were accepted in the first instance for judging. Shame Adelaide show!”

“Why are people still making these? Must be completely ignorant.”

Meanwhile others wrote, “What a weird and strange society we are becoming, I bet the people who made the dolls had no intentions of offending anyone. I also bet they won because of the quality they were made to.”

You may recall in the past Terry White chemist caused some outrage with an offensive Christmas display including Golliwogs – read more here.