Article Ryan Reynolds: “I have no trouble waking up 5 times” a night 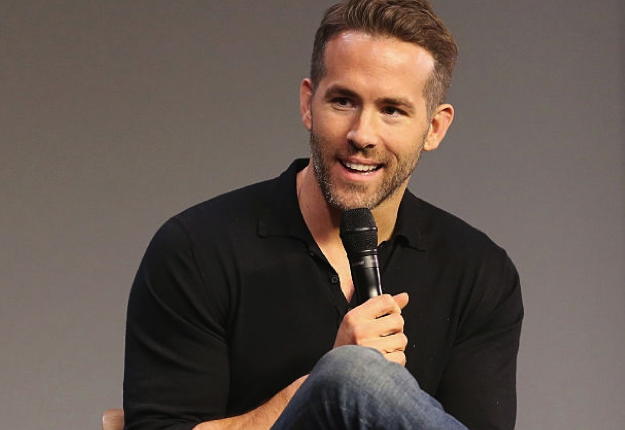 First time dad Ryan Reynolds has been the picture of fatherly bliss since the arrival of his daughter James just 9 short months ago, and in a recent interview, he shared with the world that he is indeed a hands on Dad and is happy to wake up and tend to James in the middle of the night. He also shares some information on if he is turning out to be the dad he had planned on being.

In the October issue of GQ Magazine the 38 year old dad said “I have no problem waking up five times in the middle of the night and changing diapers, and as exhausted as you get, I have this stupid grin on my face all the time,”.

He also has some advice for all the soon to be parents out there, Ryan says:

“The one piece of advice I would say is: Don’t listen to any advice. Because there’s nothing you can do to prepare for it.”

We agree with you Ryan, so many people offer advice and some is good and other bits bad, but no one else is living your life!

When asked if he is the father he had hoped to be he says “I think I am, yeah. I can’t say I had an easy relationship with my father, and I can’t say my brothers did either, but I look at each of my older brothers, and they’re all fathers, and they’re all great fathers. So I had some good examples. But I don’t think you really necessarily need examples. You just try to not be a complete pile of shit and just be there for them. You know, I like it: I mean that in the heaviest context. I genuinely like it. I like being a father. I like having a daughter. I would like to have more kids. You know, it seems to suit me pretty well.”

Well, we certainly think that parenting agrees with the heartthrob and cannot wait to hear more from him! SHARE your thoughts with us in the comments below.