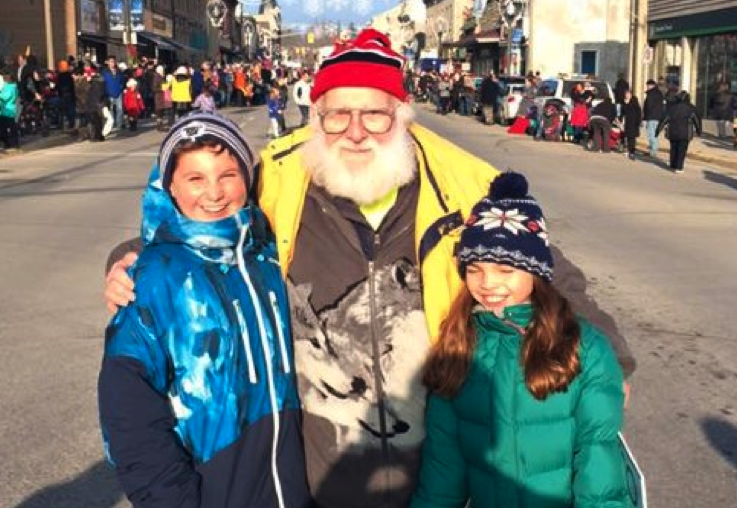 When Mark Horton walked into the Tim Hortons cafe in Fergus Ontario, he saw something that restored his faith in humanity.

“The older gent looked down and smiled and asked him if he sent his letter into him yet? The boy said no and he would be doing it tonight”

“He said you better be nice to your mom and sister because I’m watching. He then said goodbye and was going back to the North Pole to finish the toys with the elves.” 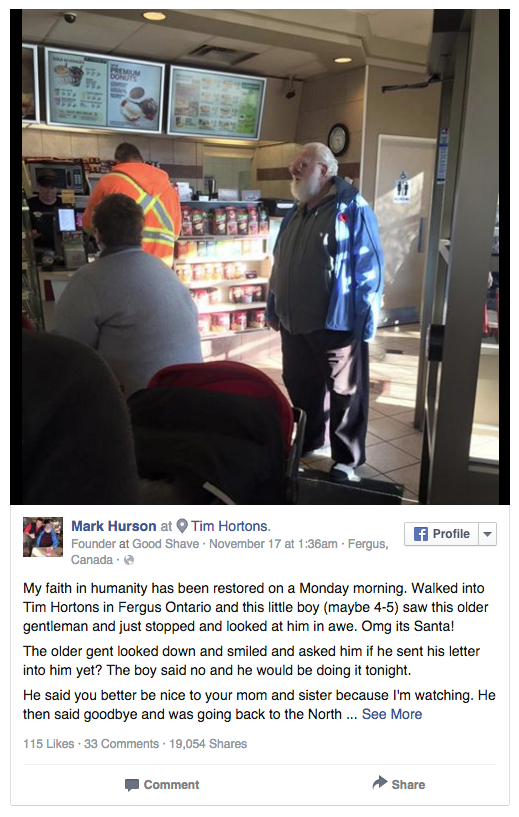 Mark and Santa (Fergus) have been interviewed by media outlets and the story has been published around the world. 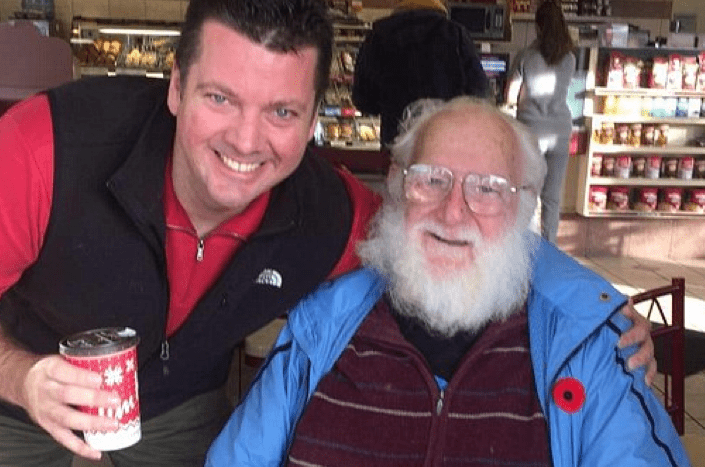 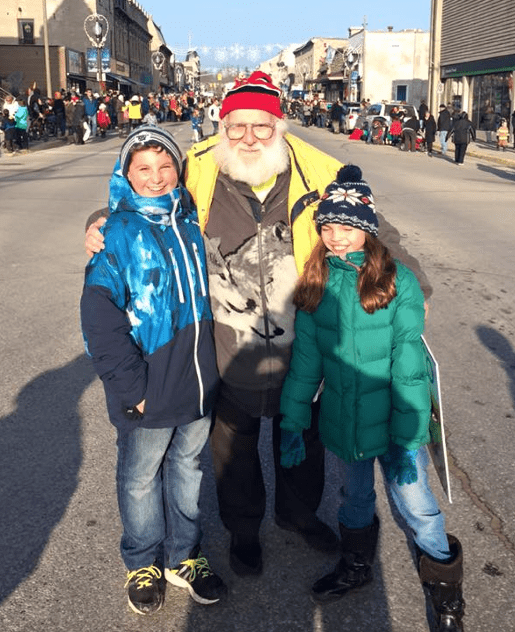 I love a feel good story, especially at Christmas. It’s lovely to hear of people still caring for strangers and sometimes it’s the little things that can make the greatest impact. The gentlemen could have easily ignored the boy but he chose to do a greater deed and play along. I bet the boy couldn’t believe his luck to run into Santa at a local cafe.