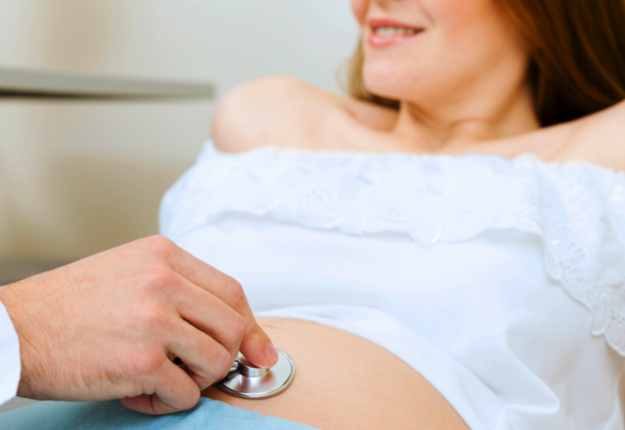 Antenatal care enables the early detection of maternal and fetal conditions. So why are pregnant women delaying their checks?

Around 40% of expectant mothers in New South Wales are delaying important early pregnancy tests and screening, new research has found.

The study was conducted by the Western Sydney Local Health District and published in the Australian and New Zealand Journal of Public Health. It found socioeconomically disadvantaged groups were most at risk of missing out on early antenatal care (ANC).

Researchers said teenagers, unmarried women, smokers and migrants were among those least likely to receive a comprehensive assessment from a doctor in the first 14 weeks of their pregnancy.

Antenatal care involves regular monitoring of a pregnant mother by health professionals. This can include physical tests, blood tests and ultrasounds.

Tests provided during antenatal care can detect whether the woman is at risk of preterm birth. They also examine the health of the fetus and check for congenital defects such as heart defects and Down Syndrome.

“Fewer antenatal visits, and delayed entry to ANC in particular, hinders timely and important health advice and education and benefit from screening tests,” the researchers wrote.

“At the first antenatal check, a health care provider will interview the woman and discuss any issues of concern. The check-up also provides a woman with useful health advice, education and screening tests,” said Ms Guevarra, who is senior research and evaluation officer at Western Sydney Local Health District.

Why are women delaying checks?

The deputy director at the University of Canberra’s Institute for Governance and Policy Analysis, Professor Laurie Brown, said several factors impacted a woman’s ability to seek care in the early stages of pregnancy.

“One is the individual’s basic knowledge and understanding. Two is the perception of costs, as well as the real costs. The factor is then access to antenatal care,” said Professor Brown, who was not involved in the study.

“If you’re in a socioeconomically disadvantaged area, where do expectant mothers think they’ll be able to access antenatal care?”

Contrary to other research, the study found Indigenous Australians were less likely to be late attenders. Women who were older, living rurally or acquiring care from a health professional other than a hospital-based midwife were also more likely to receive timely antenatal care.

The director of Flinders University Southgate Institute of Health, Society and Equity, Professor Fran Baum, who was not involved in the study, said these findings were unusual.

“I imagine what’s happened in Western Sydney is they have some good Aboriginal programs that have engaged the Aboriginal community. They now need to do that with some of these other communities as well,” she said.

Reaching those at risk

The study said strategies encouraging women to seek antenatal care early in their pregnancy needed to be promoted, especially those targeting women who fall into higher-risk groups such as smokers and migrants.

But Professor Baum said it’s the health services themselves that need to be improved to become more accessible for pregnant women. She said a young pregnant woman who smokes, for example, will likely avoid visiting a health clinic for fear of reprimand.

“Rather than targeting the women…,” Professor Baum said, “you ask the question: ‘How do we make these services welcoming to migrant women, young women, to people who don’t have much money, to people who smoke?’

“They’re saying they can’t get the women, which implies those women are hard to reach. I think the way I would look at it is that the services are hard for those people to reach, so I think it’s the services that need to change.”