Article School Shooting In Colorado: One Dead And Multiple Injured 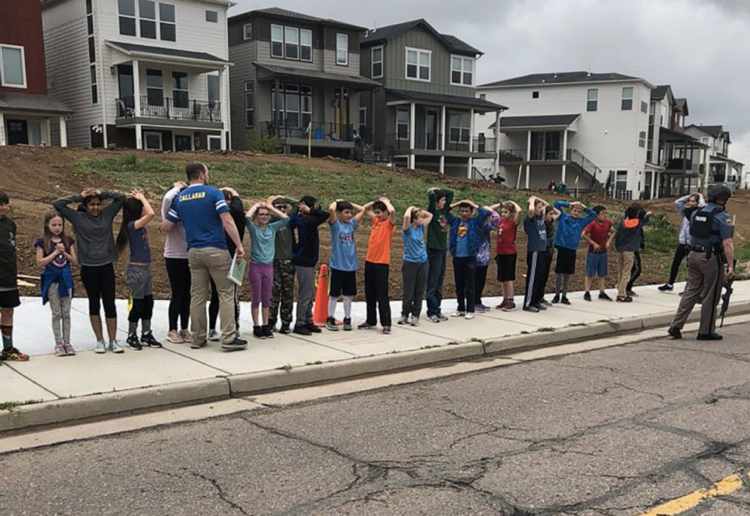 We woke up to the horrific news of yet another school shooting in Colorado, USA.

While this may have happened across the seas, it always scary for any parent to hear about such events and it has certainly made me want to gather my kids up and never let them leave.

According to a news.com.au report, two students open fire at a science and technology school in Colorado. As a direct result, an 18-year-old male has died and multiple other students are injured.

The incident occurred at STEM School Highlands Ranch, which has more than 1800 students, just before 2pm local time.

“It is with extreme sadness that we can confirm that one student at the STEM School was killed in today’s #stemshooting incident,” the DC Sheriff said in a statement.

“The immediate family has been notified. Douglas County Coroner Jill Romann, who has not officially identified the student is stating it’s an 18 year old male”.

What is even more shocking, is that the two male suspects, who have been taken into custody, were both students at the school.

It has been reported that they used at least one handgun to carry out the attack.

A man who called into local KOA radio said that two people burst into his son’s classroom and opened fire, wounding two students.

He continued that the students reportedly tried to tackle the shooters and disarm them.

Douglas County Sheriff Tony Spurlock confirmed that some of the victims were in surgery, with a 15 year old being the youngest injured.

The school, as well as neighbouring schools, went into lockdown.

“We are going to do everything we can to investigate this and determine what happened,” the sheriff said.

“This is a terrible event and something no one wants to have happen in their community.”

“Our prayers are with the victims, family members, and all those affected by today’s shooting at STEM School Highlands Ranch in Littleton, Colorado.”

“Tragically, this community and those surrounding it know all too well these hateful and horrible acts of violence.

“The White House has been in communication with state and local officials, and the President has been briefed and continues to monitor the ongoing situation.”

The school campus is close to Columbine High School, where the mass shooting that killed 12 students took place in 1999.

Our thoughts and prayers are with the victims and their families.