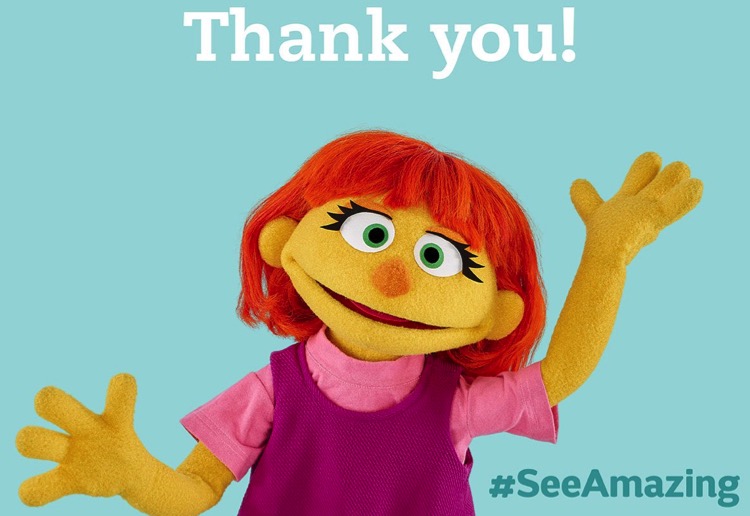 Continuing to break down the stigma in society, Sesame Street has a new muppet on the block.

Her name is Julia, and she is the first Muppet to have autism.

Julia has a history with Sesame Street, as she was initially created in 2015, as part of a digital storybook called ‘See the Amazing in all Children’, she also appeared in ‘Sesame Street and Autism’, written by Leslie Kimmelman, who has a child with autism.

In that story, Elmo explains to Abby Cadabby that Julia does things differently than other children and muppets – like taking a long time to answer questions, getting flustered by loud noises, or not speaking whilst she is doing other things – and it’s okay because everyone does things their own way.

Now Julia will be joining the Street as a regular Muppet for the long-running and successful kids show.

Sesame Street plans to introduce Julia in a similar way to the book, introduced by Elmo and Abby. Julia meets Big Bird and after shyly refusing to shake his hand, Elmo explains that Julia sometimes takes a little longer to do things, the four of them become great friends and play together!

The creators of Sesame Street feel that it’s very important that Julia is a female character, due to the underdiagnosis of autism in girls.

Julia is expected to move into the building in April.

How great is it to see autism represented in Sesame Street? Share with us in the comments.