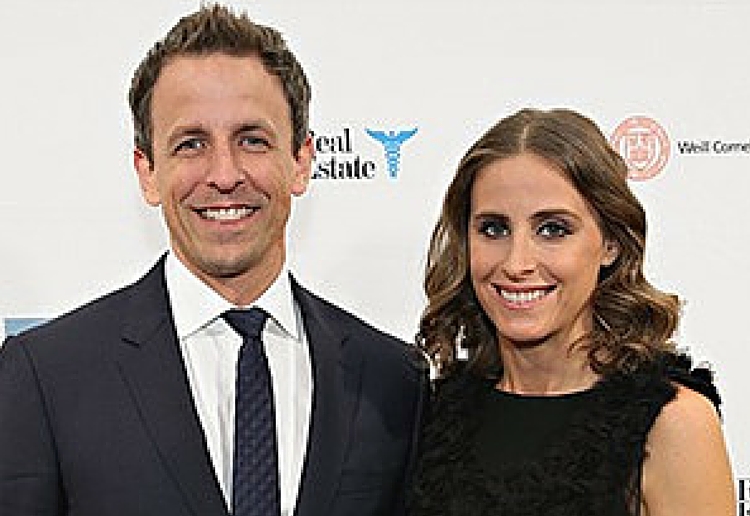 Comedian and The Late Night host Seth Meyers has become a dad over the Easter long weekend with the birth of his first child.

People Magazine is reporting that Seth and his wife Alexi, a human rights lawyer, welcomed their baby son into the world on March 27.

“Thank you everyone for the kind words! Mom and baby are doing great!!!” the new dad shared on social media.”I can also confirm that when you have a baby in New York you pretty much just sing ‘The Schuyler Sisters’ for the first 12 hours.”

Seth and Alexi have not revealed the baby boy’s name or additional details, although it is planned that the talk show host will share more information during tonight’s Late Night show.

Earlier this month, the dad-to-be talked about his excitement over his first child.  Speaking about the baby, Seth said;

“I’m most looking forward to seeing who it looks like, that’s the first thing out of the gate.  Although … a lot of people have said my wife and I look alike, so I think that’s the one thing we know, is that the child will look like us. If not, there’s a real problem.”

Seth shared with People Magazine that the couple had been seeking advice from experienced parents, with varied reactions.

“It’s a lot more fun talking to people who are on their third kid than people who are on their first kid,” he said. “First kid people have a checklist [of] a million things long, whereas on their third kid, they basically just tell you, ‘Look, [babies] are indestructible. You don’t have to worry about it. They’re gonna get bumps and bruises and it’ll be fine.’ So we’ve been trying to spend more time with people that have multiple children.”

Seth and Alexi announced their pregnancy in November last year.  The couple was married in 2013.