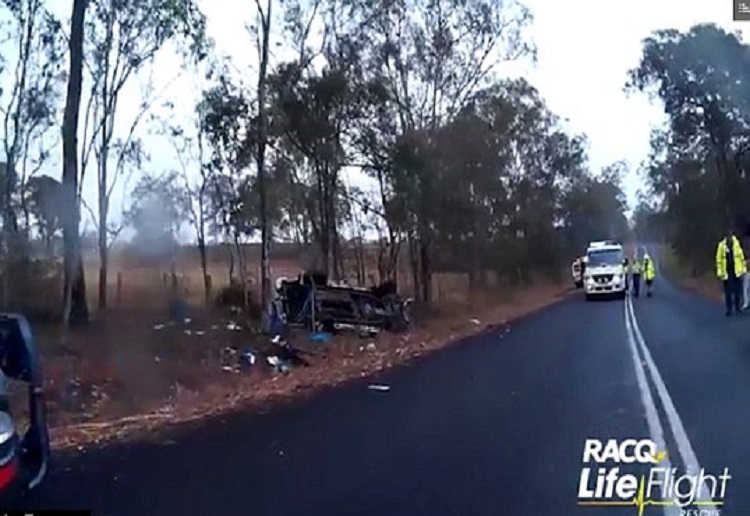 A seven-year-old girl has rescued her two younger siblings who were trapped after their car crashed.

The girl and her two younger siblings were passengers in their mother’s car when it crashed on the side of the road west of Kilcoy, in regional Queensland about 7.45am on Tuesday morning, shares Daily Mail.

It’s believed the car veered off the road in wet conditions.

The car left Gregors Creek Road before flipping and landing on its roof, leaving the mother – who was the driver of the car – trapped in the vehicle and suffering chest injuries.

LifeFlight Critical Care Doctor Matthew Mulkeen told The Courier Mail the seven-year-old girl had managed to free herself from the wreckage before crawling back in to rescue her siblings.

The mother, who was left trapped inside the vehicle, needed to be cut out of her seat by emergency services when they arrived on the scene shortly after the crash.

The two younger siblings, aged two and three, were not injured in the crash because they were strapped into their seats.

The mother, 28, was flown to Nambour Hospital by a Sunshine Coast RACQ LifeFlight Rescue helicopter.

She suffered suspected chest and arm injuries and possible spinal injuries, but her injuries are not believed to be life threatening.

The children were also taken to Nambour Hospital by ambulance to be further assessed.

Investigations into the crash are ongoing.

What a very brave young girl!