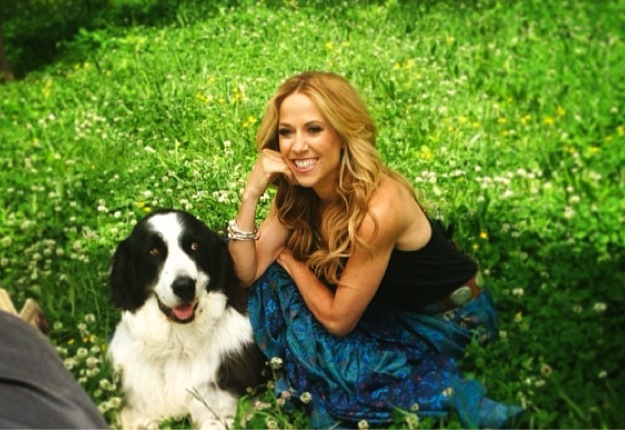 She adopted them three years apart, and they “could not be more like brothers if I’d had them both myself.”

Living with her in Nashville on a 20-hectare ranch, Sheryl’s boys “understand that they came out of different tummies,” says the 52-year-old single mum.

“But they also believe, as do I, that God put us together. They know how blessed I am to get to be their mommy. So when they’re mad that I won’t let them play video games, I say, ‘God put me in charge. I’m raising you all the best that I can, and some decisions are not fun.’ ”

Just after her planned wedding to Armstrong was called off, she learned she had breast cancer.

“To be diagnosed with cancer having just broken up with the most famous cancer survivor was tough,” she once said. “But it redefined who I was, my attitude towards myself and my work, and it redirected me in ways I wouldn’t have discovered if I hadn’t gone through the experience.”

She decided she was so fed up waiting for Mr Right that she went the adoption route on her own and fourteen months after beating her cancer, Wyatt was hers.

“I would have loved to have gone through the whole experience [of pregnancy] myself,” she said. But “I said I would take whichever baby I was supposed to have. My philosophy was that souls find each other; you don’t end up with the wrong child.”

She asked for a closed adoption where the kids have no contact with the birth parents, because with her high profile “It would be extremely hard for a mother to watch the child she gave away then grow up in the magazines.”

And she’s still hoping for Mr Right. “Hey, I would love to get married – I’m still old-fashioned. But I don’t think marriage is the be-all-and-end-all,” she says now. “It’s better to have three broken engagements than three divorces.”