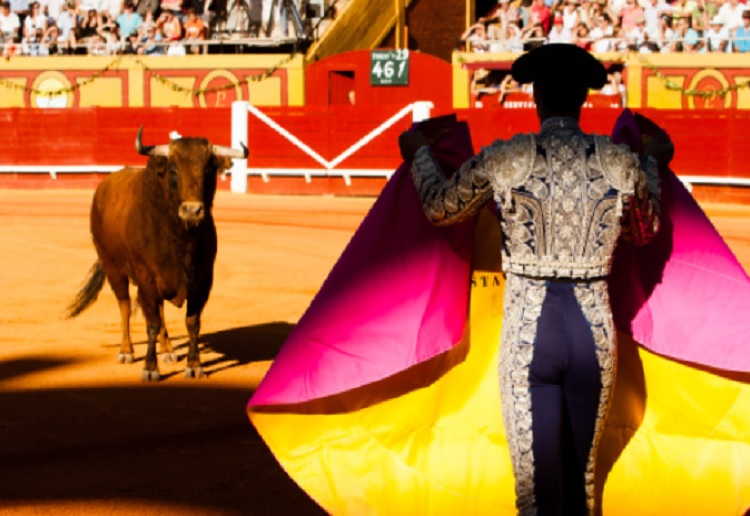 A Spanish matador has come under fire after pictures emerged of him fighting bulls while holding his baby daughter in his arms.

Women’s Weekly report – In a move that has outraged parents and animal-activists alike Francisco “Fran” Rivera Ordonez used his Instagram account to brag about his five-month-old daughter’s “debut” in the ring. 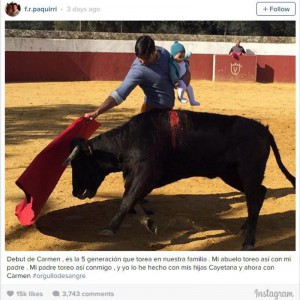 The caption in Spanish reads:

“There is no safer place for her to be than in my arms. Carmen’s debut. She’s the fifth generation of bullfighters in our family. My grandfather and my father were bullfighters. My father did this with me, and I have done it with my daughter Cayetana and now with Carmen.”

The Spanish bullfighter was widely condemned for his actions and the case has been referred to prosecutors after the Andalusia’s Ombudsman for Children’s office said it showed a “situation of unnecessary risk to a minor”.

“We hope that such behaviour is not repeated and that the social media reaction ensures that it is not accepted as normal,” the ombudsman’s office said in a statement (in Spanish).

But fellow bullfighters are standing by Fran – who is widely recognised as one of Spain’s most popular matadors – and posting their own pictures of themselves with children in the ring.

What does the image make you feel?