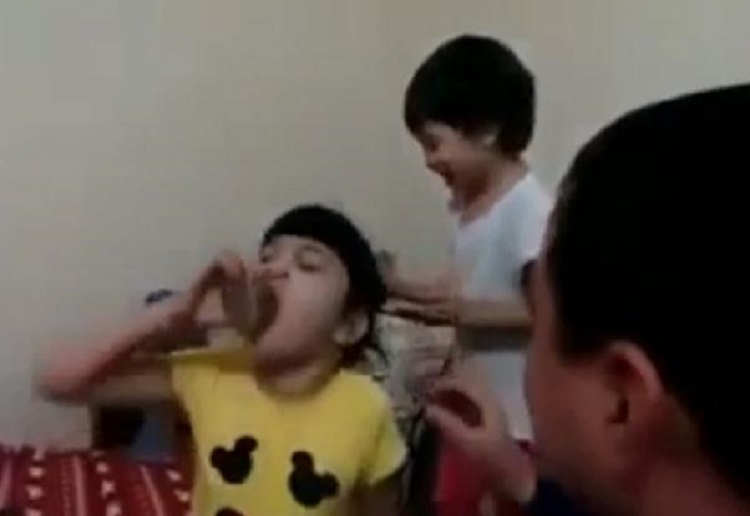 The sun has reported today that the video shows the man pouring liquid from a vodka bottle into shot glasses and then handing them to his kids.

The girls — who are believed to be aged around five and four — are then seen drinking from the shot glasses, before asking for more.

The dad calls his daughters “drunkies” and raises his glass in a cheers motion.

Although it is unclear if the bottle contained vodka, the children grimace after downing the drink, suggesting it is actually alcohol.

The clip, which was recorded in Kazakhstan, has shocked internet users, who slammed the father’s actions.

Police are now trying to trace the father.