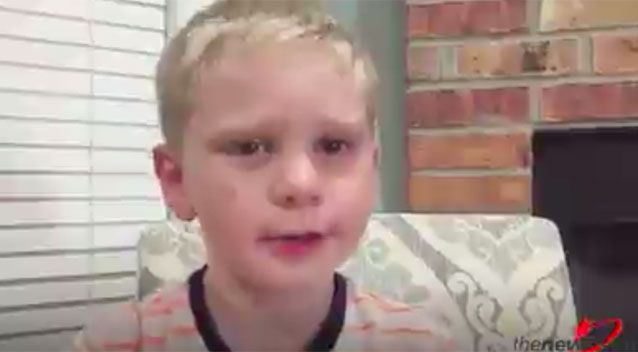 The young hero said he “just knew what he had to do” to save their lives.

Branson Lee said he jumped into the pool and lifted the toddlers out of the pool, before laying them on the concrete, where he began CPR until his uncle took over, reports Yahoo.

“I just knew what I had to do,” the little hero said according to local news reports in Louisiana.

He hauled the babies out and yelled for help, while administering chest compressions.

Family members said the clever boy knew about CPR after watching his mother perform it on his brother two years ago.

Mr Kelley said the twins were limp and “blue as a pair of blue jeans” after they were pulled from the pool about 10pm Sunday, and called their speedy and complete recovery a miracle.

One VERY lucky family that they all survived, such a brave little boy!