Article So How Often Do Parents Really Have Sex?

So how often do people really find the time to have sex?

We can’t know for sure how often individuals actually have sex. Some people may incorrectly report their sexual frequency, either by mistake or on purpose. But the national estimates data are based on representative samples, so they’re a useful guide.

What do we mean by sex? Some studies simply ask participants how often they “have sex”; others define it specifically, such as “activity with another person that involves genital contact and sexual excitement”.

Read more:
What’s the point of sex? It’s good for your physical, social and mental health


Of course, averages don’t reflect the diversity of the population. Some people, whether they’re in a relationship or not, never or almost never have sex. Others have sex every day.

And individuals can vary from year to year, depending on their sexual opportunities, health status, and other factors.

Why is the average about once or twice a week?

How often we have sex is based on our genes, biology and life circumstances.

Biologically, if couples have intercourse at least twice a week, sex is likely to occur at least once during the six days a month when a woman is fertile. The couple would therefore be more likely to reproduce than other couples who have sex less often.

Reproductive success can lead to genetic selection of behaviours. In other words, people who have sex frequently may be more likely to have children, and therefore keep their genes in the gene pool.

But the level of genetic push towards having sex can vary from one person to another.

Our life circumstances may play a role in how often we have sex, especially as other things compete for our time: paid work, child care, house work and, increasingly, our smartphones and 24-7 entertainment options.

In fact, Australians and Americans are having less sex than they used to in past decades.

Read more:
Australians are having sex less often than a decade ago


Who has the most and least sex?

Perhaps unsurprisingly, people who have a steady partner have sex more frequently than those who don’t. And those who recently entered a sexual relationship with another person tend to have more sex than others.

Couples tend to have sex less often during late pregnancy and in the years after the birth of a child. Lack of opportunity and poor health are also associated with low rates of sex.

One of the strongest predictors of lower sex frequency involves getting older. Sex frequency tends to go down as people age.

No one knows for sure why this is the case, but it may be, in part, because many older people have spent a long time in a relationship. Relationship satisfaction tends to decrease over time, possibly leading to reduced sexual interest in their partner.


Also, as people get older, they tend to experience more health problems and to become less energetic. Men may lose the ability to gain or maintain an erection as they age.

Most people enjoy sex and believe it adds to their enjoyment of life.

The higher the frequency of sex, the more likely a couple is to feel satisfied with their relationship – but only up to a point. That point seems to be once per week. At levels higher than that, well-being doesn’t seem to be associated with frequency.

Psychologically, couples tend to be happier if they have sex as often as they both want.

But their perceptions of how often other couples have sex also plays a role. Couples are happier if they think they are having more sex than other couples.

In one study, researchers randomly assigned participant couples to double their frequency of sex for 90 days.

These couples increased their frequency substantially but didn’t quite reach the double level. At the end of the three months, those couples had significantly lower moods and liked sex less than the control couples who had sex at their usual frequency. 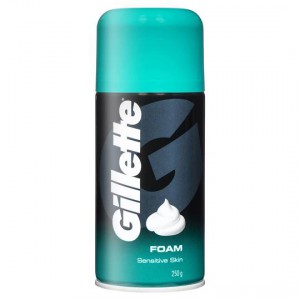