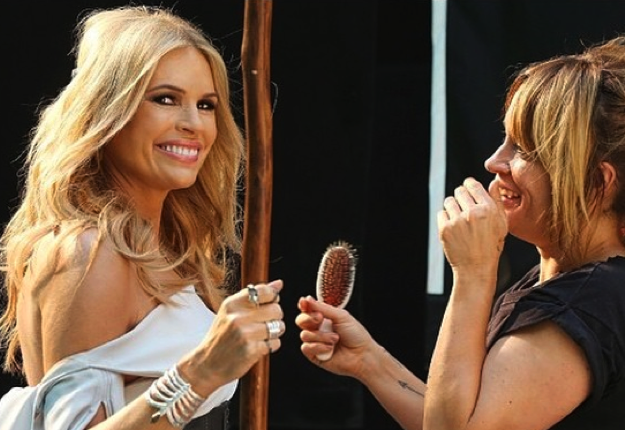 We’ve been glued to the TV to try and catch a glimpse of Sonia’s baby bump. And last night, our efforts were rewarded!

The strikingly beautiful Sonia Kruger, 49, did not disappoint in a fluro pink figure-hugging dress showing a very cute little bump.

We recently reported that Sonia and Craig McPherson had announced a baby was on the way and we couldn’t be happier to see this gorgeous starlet glowing when she kicked off Big Brother 2014 last night.

Sonia opened the show with “Does this dress make me look fat?” which had the audience (and those of us at home) giggling along with her.

The star took to social media earlier in the week as she prepared for last night’s premiere, posting:

Congrats again to Sonia and Craig, wishing them all the best for the upcoming months – it is such a special time!