Article Stacey Solomon Gets Real About Her Hairy Pregnancy 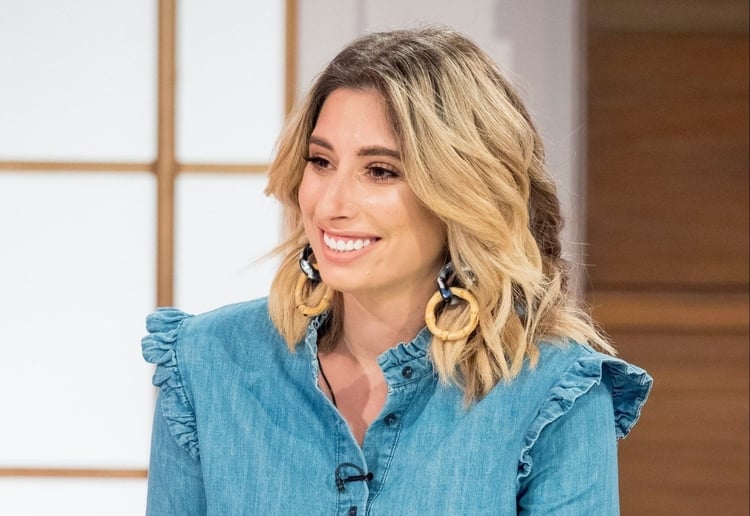 British singer and television personality, Stacey Solomon, has shared the unexpected pregnancy symptom she has been experiencing…

British singer and Loose Women panellist, Stacey Solomon, has been incredibly candid about her pregnancy. The TV personality is expecting her first child with partner, Joe Swash, a sibling for her two boys from previous relationships, but says that she has been experiencing some unusual symptoms this time around…

Sharing a photo to Instagram, Stacey admitted that she has noticed some unexpected changes in the later stages of her pregnancy. “I think I’m pregnant with a Furby!” she wrote. “Did anyone else’s belly just suddenly become covered in fur?” Stacey’s picture showed her rapidly growing bump with a sprinkle of dark hair growing across it. “I’ve now started sprouting some lovely thick, wirey black ones around my belly button!” she admitted. “I’m not upset by it one bit…I’m just so fascinated as to why this happens?” Stacey went on to say that she had always been a hairier than average person but has recently noticed a significant increase of hair in odd places. 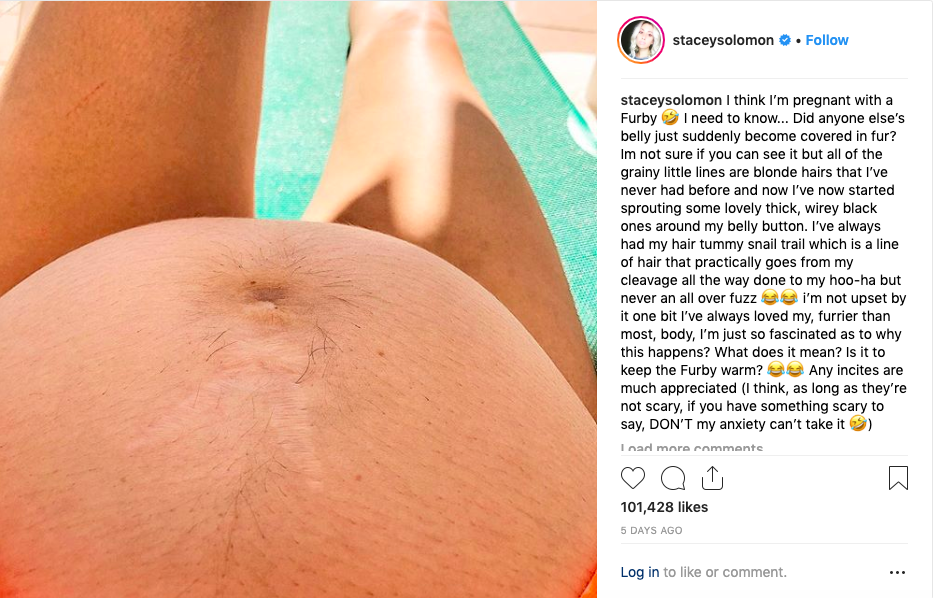 All Part Of The Experience

Comments on Stacey’s post highlighted that the symptom is quite common in pregnancy. “I got these when I was pregnant,” one follower wrote. “I was having a little boy and the midwife said it was an old wives tale that said if you get a hairy belly it’s the extra testosterone in your body lol!” “Yes! I was massively hairy with my second baby!” wrote another. “I even developed one thick black strand from under my chin. Midwife said don’t pluck them as they will fall out after the baby arrives.”

We really admire Stacey for being so honest throughout her pregnancy – we’re sure many women know exactly what she is talking about! Pregnancy isn’t always glamorous but it definitely helps to know you’re not alone.

Did you have a ‘hairy’ pregnancy? Share your story in the comments.