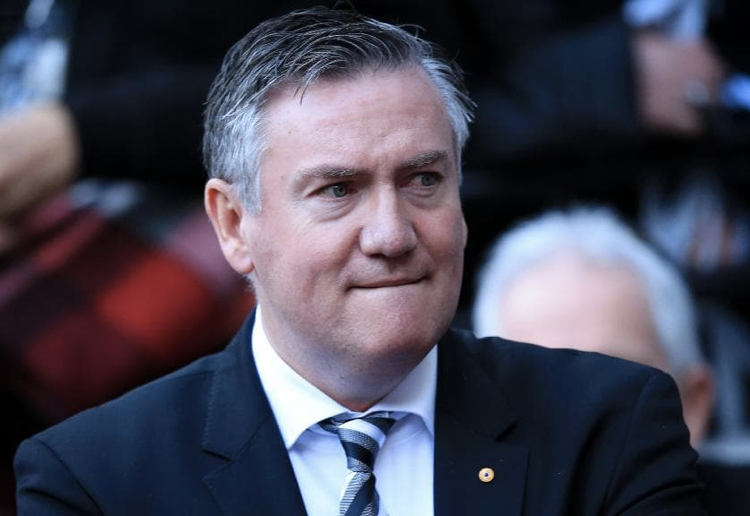 Eddie McGuire has been very remorseful in the wake of his recent blunder, about the coin toss.

I know in a more socially aware and forward thinking community EVERYTHING gets analysed to bits, dissected, put back together by opinion and well formed judgement, or not.

Hopefully a similar event never to be repeated on “air” EVER again. Which for those who own the microphone and air-time lasts about thirty seconds.

Constant agenda’s sprinkling over the public, settling into the fabric of our society, airs all-the-time.

It’s there beneath the surface or just full frontal, raw abrasiveness.

We listen in our cars, we watch on tellie, on media. A glow of the white skin blazing forth, dominating, commentating.

Obviously the comment was wrong from Eddie McGuire. A double amputee going up for the coin toss getting the full brunt of Mr. McGuire’s tyraid on “hurrying up”.

I mean, seriously was that even an issue, Steady Eddie it’s not a race.

But it IS an issue. These guys are the forefront of Australian media and their tid-bits are there, this one MORE horrifying, but it’s there in the delivery, so…

I just have to add this little tickler to keep the thinking going. As any good politically minded, new-aged, opiniated woman would.

Even if this woman had two legs, should Eddie be criticising a woman in the first place?

That’s my angle on the incident. Should that be considered sexist? As well as putting down the disabled?

Would he have commented on a slow “male”?

At the end of the day, what I’m trying to say is, I’m just tired of these type of men in power,  in Australia whether it be parliament or commentators are prodominently puffed up red-robin styled white males. Where they ARE saying “not so nice stuff”.

It’s got to change. More diversity. It’s no blunder really what Eddie said.

It’s a culture. It’s what we come to expect, a woman was not an expert at throwing a coin for the footy. Oh and BANG! While Eddie’s fussing on about there should be a HUGE fine! Seriously!!

Oh and she has no legs!

There is the “shock” factor. Did HE just say that about a double amputee?

ARE we really so shocked anymore? Though, really??

Asexist, racist, bigot, disability awareness inept comment on air? Bound to be one or more.

Of course there was. Of course he said that.

Mr. Abbott in wake of being assigned Aboriginal Affairs, was in a remote community and said to an Aboriginal person.

“Thanks for putting up with the invasion.”

Are you kidding me? The decimation of their culture, mass murder. No political rights. Children taken away… “Thanks for putting up with the invasion.” (Smarmy smile)

To feel comfortable and smug enough to make such a disgusting remark makes me sad.

The white male status is way too inflated and arrogant. In Australia, I believe prospective is lost. The Eddies, The Abbott’s, just products of their environment, really. If Eddie and Abbott’s have the podium so-to-speak, constantly this is all the next generation see and hear.

Seeds planting in young minds of how people are treated. Ok so great Eddie may step down through pressure. Great start, great people powered and driven force for change. So who will take his place, commentating on main stream media.

For real change more diversity needs to be in main stream Australia. Aboriginals in parliament, as their culture has needs unanswered, still. White parliamentarrians aren’t going to fulfill their needs.

Women, men, different types of people in commentary. Then there will be patience, compassion and some serious change happen. I feel we are a society as a whole crying out for change.

Look at Christchurch. After the race driven mass murder.

They are “Us” words from N. Z prime minister  creating a palpable energy. Stirring something…words of unity. Not often heard from The Top. But obviously so desperately embraced across all walks of life.