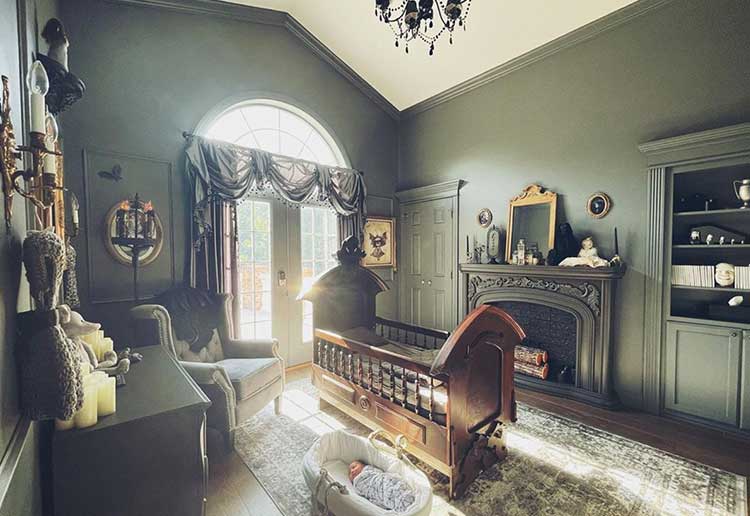 Professional wrestler and mum-of-four Reby Hardy ruffled more than a few feathers when she revealed her baby’s goth-themed nursery.

The huge space includes spooky books, bats, Addams Family decor and even a secret room, hidden behind a bookshelf. The centrepiece of the nursery is an antique cot, that was crafted in 1864. 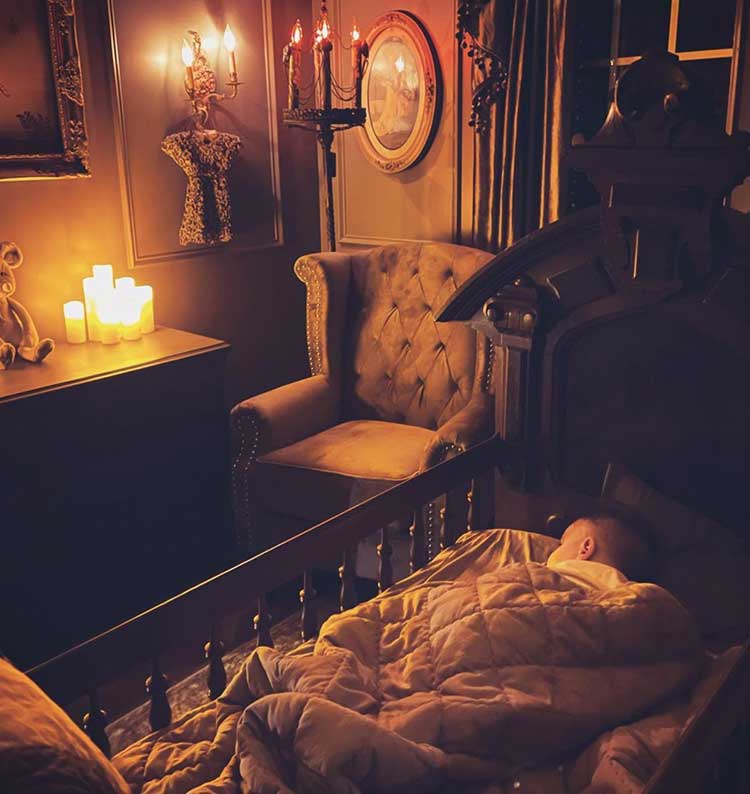 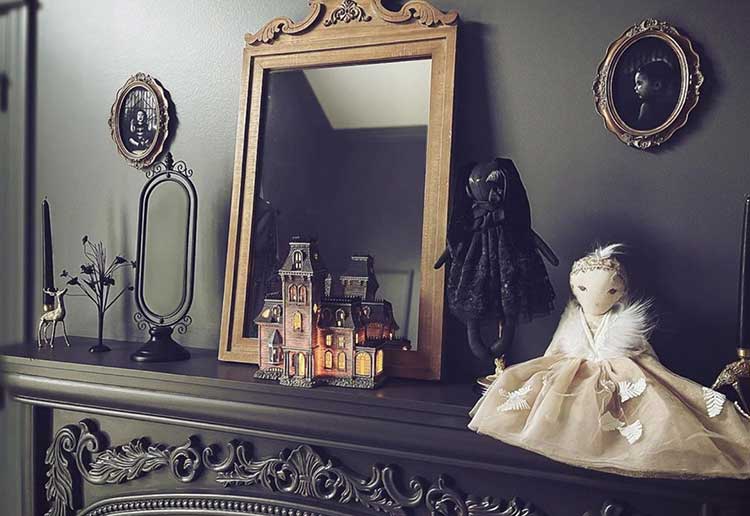 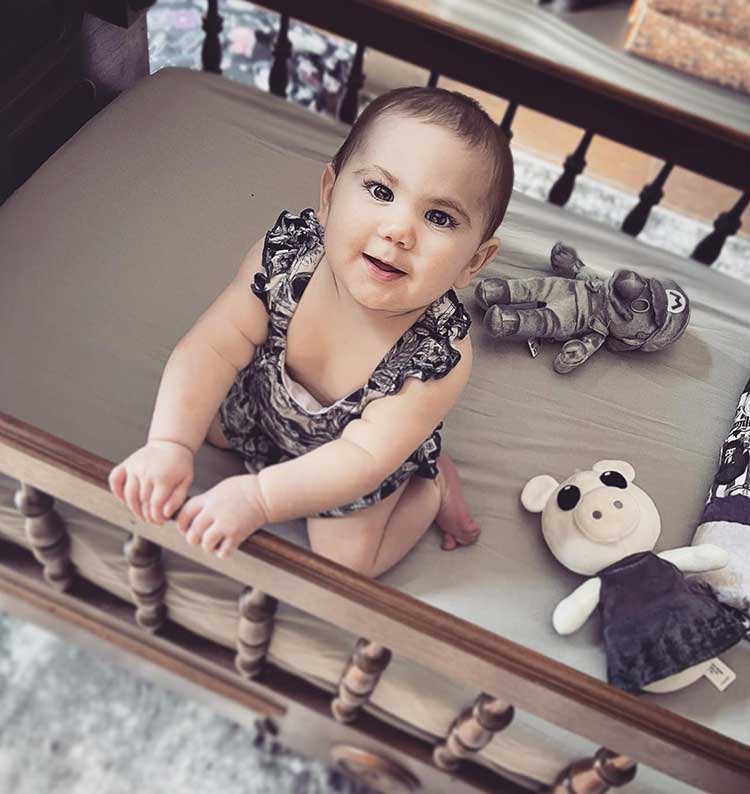 Reby explained that she had the cot structurally reinforced and modify to ‘adhere to modern crib standards by a professional carpenter’.

The 35-year-old homeschooling mum, who has four children: Wolfgang Xander, Maxel, Bartholomew Kit and Ever Moore says her youngest baby, who is eight-months-old, doesn’t yet sleep in the gothic nursery. But her other children did use the nursery when they were babies.

The nursery has attracted plenty of attention on TikTok, where Reby shared several tours of the space. Many followers commented that they’d be scared to sleep in the room, and were also concerned about the lack of colour.

Reby responded by revealing the most beautiful children’s playroom hidden behind a bookshelf in the nursery. It’s an absolute wonderland of bright colours, art and craft supplies and toys.

In fact the Hardy’s entire house is incredible – filled with different themed rooms and places to explore. What an amazing place to grow up!

What do you think of this nursery? Let us know in the comments below.