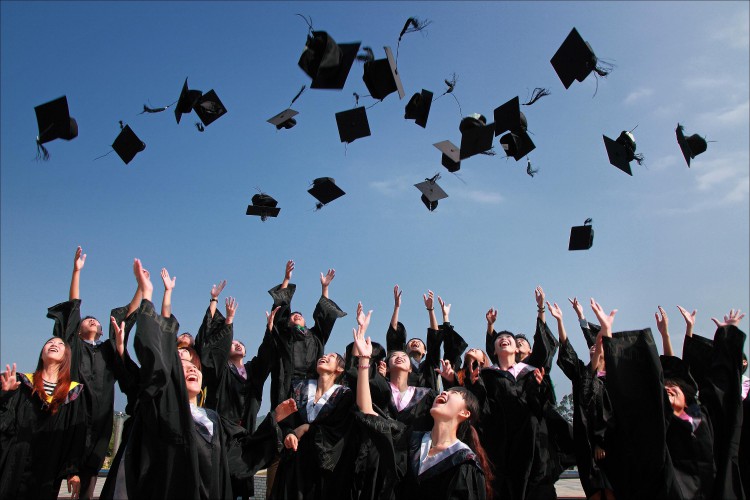 You’re a parent. You know that it is not unusual that we typically come last to our children. We’re the last to be fed. The last to be heard and the last person that gets to rest and go to bed each night. While that’s okay, it can be draining and by the end of the year, we’ve frankly had enough. Though as we approach a New Year, it is important to reach for the air mask first, take a big breath of oxygen and prepare to recharge as our job is not done.

Goal-setting and planning is a most necessary oxygen to all families.

After-all, as the leaders of the family, we set the direction and the tone. If we model success, we are most likely going to have successful kids that become successful adults. Though to do so, we have to break ourselves out of those ‘back of the queue’ patterns.

Patterns help us to function without consciously thinking about what we’re doing.

All our patterns are held in a part of the brain called, ‘the unconscious.’ Patterns maintain our status quo and they’re the very reason we keep on doing the same things. Patterns are also the reason we don’t get what we consciously want and why new year’s resolutions seldom stick.

With a little conscious observation you can spot a pattern. We’ve got patterns for all sorts of things: getting up for work, going or not going to the gym, dieting and binging, getting rich and going broke. In fact, there are patterns for everything we do and I would go as far as saying that if you look at your last seven years, your next seven are likely to be the same – unless you consciously break your limiting and unconscious patterns.

We get stuck in our patterns and, without the tools or the know-how, we get ourselves into ‘ruts’. Ruts are merely patterns we want to break, but don’t know how.

Do everything differently & break the patterns.

I was watching TV where Oprah interviewed Keith Urban. Oprah asked what it was that Keith did to overcome his addiction to alcohol after so many failed attempts. What he said might be a clue to what you could do in 2018 if you want to break a pattern. He said, “I did everything different”.

This, in simple terms is what we call ‘pattern interrupt’.

Look at any area of your life and sit down with a note pad and pen and elicit from yourself a pattern you would like to change. Make sure you get into the detail and avoid big picture concepts. In other words, if you want to improve your wealth, don’t start with wealth. Break down wealth into smaller task-sized components such as saving, spending, investing, learning, selling, marketing, advertising, and of course the list could go on.

Add some colour to your life

The year that I wrote my first book, The Secrets of Creating a Life Beyond Limits, I spent so much time writing that I completely omitted exercise and broke my exercise pattern. After finishing the book I couldn’t seem to get motivated to exercise and couldn’t find the time. The truth is I was in an alternate pattern to exercise and didn’t make the time. I was on my way to run some training when I noticed my profile, reflected in store windows. What I saw was my belly at a size I promised myself it would never get to. That was enough to motivate me to get my diary out and diarise a workout schedule.

In just a matter of weeks my body shape improved and I created a new pattern. Yes I know that there are processes in NLP that break patterns, but sometimes it’s even simpler than that – the human mind has a habit of over-complicating and dramatising most things.

It doesn’t matter if you reprioritise from time to time, but at least if it’s in your diary, you’re more likely to do the task.

On the last Saturday night of the month my wife, Rebecca, and I have date night – so we can keep our relationship fresh and have some time alone. You might have created a work pattern by diarising work functions, so why not create some healthy fitness patterns, fun patterns, family patterns and relationship patterns?

A wealth pattern is where your activities increase your wealth by a positive percentage each year. As the formula for wealth is value x leverage, wealth is seldom created by a job where you trade your time for money. While it might grow your value, it’s usually not leveraging your time.

The formula is simply this. Do something that grows your value such as growing your knowledge or skills and then leverage them. To leverage simply means to do something once and it multiplies the return. For instance you could write a book once and sell it many times over, create a website and have tens of thousands of visits and purchases, distribute knowledge or products or better still, teach others to.

The biggest and most profound key to shifting patterns is found in your beliefs. If we believe we will never be wealthy, then we won’t. If we believe there is a chance that wealth will  come our way, then we’ll choose the odds and prove them right. If we believe we are on the path of wealth then our path will reveal itself to us, almost as if in a golden hue.

Our beliefs, for example around wealth, are usually formed from birth to seven years of years of age – often referred to as the ‘imprint period’. During the imprint period our brain is like a sponge, soaking up other people’s beliefs and storing them in our unconscious mind. These beliefs become facts about how the world is, though unfortunately we did not consciously select the best teachers. In fact, many of our beliefs are not even our own. Successful parents need to interrogate their own beliefs or they unknowingly, hand them down to their children.

Blame holds back your wealth

As we grow up into the wide world of work, our very beliefs around money usually form our self-esteem and this determines what we believe we’re worth. Many trade up to 2,500 hours each year for an annual wage. And while most move into the world of wealth by slogging it out to make ends meet, others are making money, serious money. Some say this is unfair. Some feel wronged and blame others for not getting ahead. This creates the concept of blame into our complex neurology. Blame repels wealth.

Wealth is an illusion – create the best possible illusion in 2018

Our beliefs are often no more than the meaning we have ascribed to an idea. In NLP we call this a ‘complex equivalence’. This is when two things are given equal meaning. Here’s an example: you drive past a huge, expensive house or a shiny, new prestige car pulls up alongside you, and the first words you say about the owner reflect your complex equivalence. The first conclusion might be that mansions and prestige cars are owned by rich people – that’s the first complex equivalence. The second could be, ‘Rich people are greedy’. Get the idea? So should ‘rich’ equal ‘greedy’, then you will never aspire to become one, unconsciously; unless you’re okay with being greedy.

To truly create the best year yet, here are some summary tips:

1. First accept total responsibility for where you are right now

3. Recognise your complex equivalences and perhaps challenge them away

4. Then address your limiting beliefs and change them (this is vital).

Remember: Successful parents and successful children know that you are the master and the creator of your life – don’t let another year pass you by without addressing the things that need to be changed – start creating the life of your dreams in 2018 by choosing to create a life beyond limits.

What do you want to achieve in 2018? Let us know how you want to make this year better in the comments below!