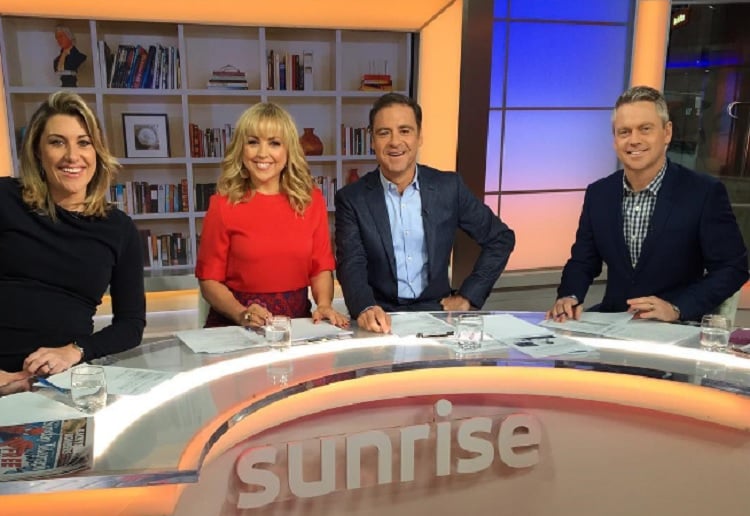 Sunrise newsreader described herself as the modern face of alcoholism – young, professional, educated and high-functioning.

Talitha Cummins reveals she started binge drinking when she was 14 years old, bravely sharing her story of alcoholism on Monday night’s Australian Story on the ABC.

She began drinking at 14-years-old to fight shyness and social discomfort. But the alter ego that emerged when she drank – extrovert, confident, brazen – swiftly began to cause problems.

The 36-year-old newsreader, originally from the Gold Coast, delivers the morning headlines on the Seven Network’s Weekend Sunrise.

She revealed at the height of her alcoholism, she would consume up to four bottles of wine a night, reports Daily Mail.

As soon as Cummins had one drink, she said it would unleash an ‘unstoppable need’ for more and more.

‘I went to the media awards in Brisbane all dressed up in a formal dress and proceeded to drink myself into oblivion. I was told I was carried into a car to be sent home.’

‘Holding it all together was becoming a really hard act. I ended up in hospital on a weekend and got my stomach pumped,’ she said.

‘Trying to pretend everything was normal was no longer sustainable.’

Fellow newsreader and friend Chris Bath said Cummins’ colleagues did not notice she had a problem.

‘Television is this bright, shiny, fabulous facade. When you’re a news presenter you put on a mask most of the time. Talitha fooled everyone,’ Bath said.

On top of drinking, Cummins was fighting serious depression, and had overdosed and had to be rescued by a friend.

When her boss at Channel Seven confronted her, the newsreader finally found the strength to take action.

Bath told Australian Story ‘the threat of losing her job made [Cummins] sober up’.

She had never intended to go public with her addiction but she was encouraged to do so when she accidentally published a private blog detailing her alcoholism.

‘Initially I was really shocked and wanted to delete it,’ Cummins said.

‘But when I saw the responses I was amazed. People said my story was theirs as well. I got emails from people who were binge drinking, mothers who would start drinking in the afternoon, high profile people who were reformed alcoholics.’

Is alcohol a problem? If it’s harming you, or someone you know, it may be time to seek advice from a professional.

You can contact one of the many services available, speak to your GP, local health service or call a helpline. There are trained telephone counsellors available in every Australian state and territory. Support info available via this link here.