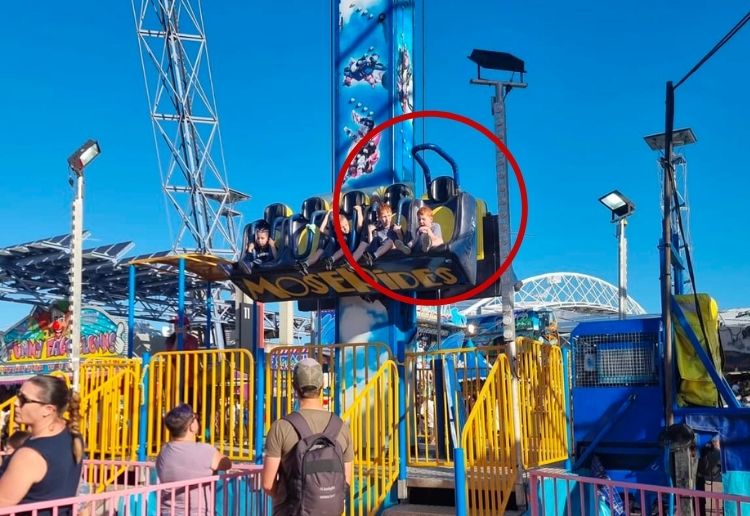 The Sydney Royal Easter Show has launched an investigation after a concerning photo appeared to show an unrestrained child on a ride.

The ‘Free Fall’ ride has been shut down, after the a viral Facebook post revealed the worrying incident, which shows the boy seated on the ride and his safety harness still in the air.

“Be careful parents! Sydney Royal Easter Show today,” wrote Eva Grace in her photo caption. “The bar was never put down and she started the ride with no notice or checks. Make sure you’re watching the way they strap your child into a ride because clearly some of these operators are not doing their job and duty of care! Shameful no excuses!”

She said patrons had to scream for the operator to stop the ride.

In response, the Royal Agricultural Society of NSW released a statement saying, “The safety of patrons at the Show is paramount and we have shut down the kids’ Free Fall ride following a reported issue with a harness.

“The safety systems of the ride functioned well to prevent any injury occurring and the ride will not operate again until a full investigation has been completed and the ride has been approved by specialist engineers.”

Two weeks ago a 14-year-old boy died after falling from a similar ride at a theme park in Florida.