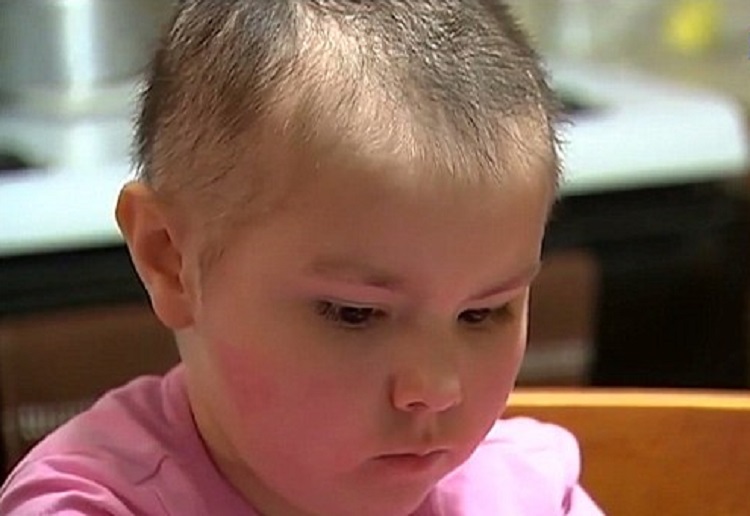 A substitute teacher is under fire, after she told a five-year-old cancer survivor that she couldn’t be pretty bald.

MaKayla Welsh was playing with her hair when the teacher called her out in front of the whole class, shares Daily Mail.

‘The teacher thought she was pulling her hair out… The teacher told her if she was bald, she wouldn’t be pretty,’ her mother, Nicole Welsh, told WPXI.

MaKayla was diagnosed with leukemia two years ago, but she is now in remission.

Her hair continues to fall out because of the chemotherapy she underwent in her treatment.

As soon as MaKayla came home and told her mother about the teacher’s comments, she called the school to complain to the principal and superintendent.

Mrs Welsh says that the administrators were understanding and ‘promised she’d never go through anything like that again’.

Mrs Welsh has some words for the teacher though.

‘Be careful on how you word things to children… Words can hurt a lot more than anything else. They can stick with you forever,’ she said.

The school district has refused to comment on whether the teacher in question will face any consequences for the comment.

Poor little girl. I think no matter if the teacher knew her background history with illness or not, she should still never make such a comment.

Would you be outraged?