Police have been told a 14 year-old girl was leaving a shopping centre car park on the Princes Highway about midday on Wednesday 27 January.

It’s believed she left the northern car park and was walking along Magid Drive when she was approached by an unknown man.

The young man spoke to her briefly near the Monash Freeway underpass then sexually assaulted her before she managed to flee. The offender then returned to the shopping centre.

The offender is described as 15 to 17 years of age with dark hair and some acne. He was wearing a flat cap, jeans, runners and a dark shirt.

Police investigating the incident have released an image of a young man they believe may be able to assist them with their enquiries. 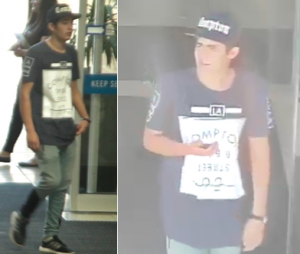 Anyone who witnessed the incident or who may have any information is urged to contact Crime Stoppers on 1800 333 000 FREE or submit a confidential crime report to www.crimestoppersvic.com.au