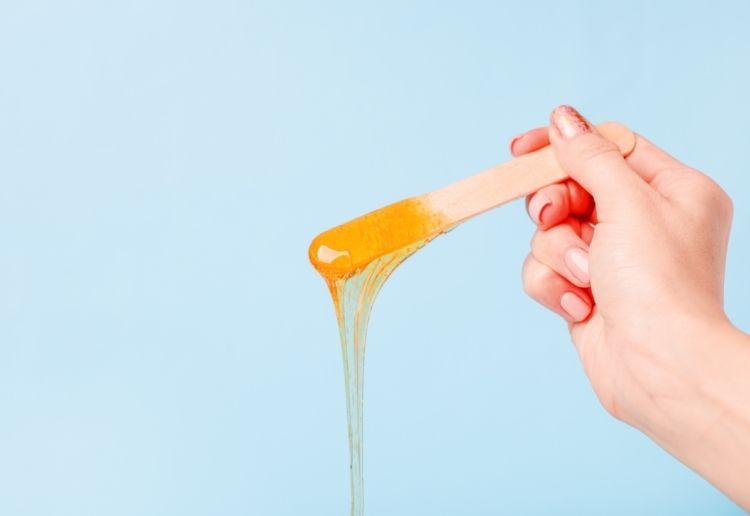 For most women there are some pretty obvious and common symptoms that hint there’s a baby on board – tender boobs, a missed period, nausea – even food aversions. But for one expecting teenager, it was a Brazilian wax that tipped her off about her unexpected pregnancy.

Australian woman Laura revealed that she had no idea she was pregnant, until she was on the beautician’s table, getting her first Brazilian wax. She explained that she was 17 and ‘super awkward’, even asking to keep her skirt on for the process.

While she was a newcomer to Brazilian waxing, Laura says she had previously had other parts of her body waxed. So she couldn’t understand why this particular wax was so painful.

“They’re waxing me and I just kept thinking, ‘This is excruciating, oh my god’. I’d had other things waxed before so I could deal with wax,” Laura explained.

“The beautician kept being like, ‘Babes it’s not hot at all’. She winds up putting wax on the inside of her elbow to show me that it’s really not hot. Finally she looks at me and she’s like, ‘You’re not pregnant are you?’ and I was like, ‘Absolutely not!'”

But the comment got Laura thinking about when she’d had her last period. So she decided to get checked out, and sure enough, she was expecting.

“So I had it confirmed but the first person to even suspect it was the lady doing the Brazilian wax, because she was like, ‘B**ch you weak. You weak.

“I was SHOOK! So awkward laying there with my skirt around my bellybutton insisting it’s the hottest wax EVER.”

The revelation prompted other women to share their stories, with one revealing her friend found out she was pregnant in a similar way, but not because of her pain threshold.

“My friend found out from her sugaring lady she was pregnant because her colour changed down there, and she was a regular.”

According to Healthline, waxing can be more painful during pregnancy. As our bodies produce more blood and fluids to support our growing baby, our skin can become more sensitive. So if you are going to get a wax, it might pay just test it out on a small patch of skin first!

Laura is keen to point out that this happened to her in her teens, and not recently, and she chose not to proceed with the pregnancy. She has shared a series of brave and informative videos on her TikTok account detailing her abortion story.