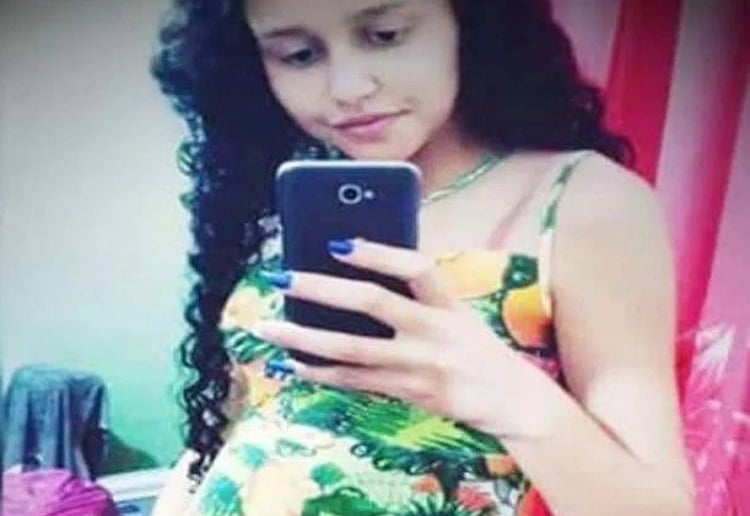 A delusional woman stabbed an eight-month pregnant teenager to death before pulling the unborn foetus from her womb.

Mirian Siqueria, allegedly killed the baby during a horrifying attempt to steal it from 15-year-old, Valissia Fernandes de Jesus’.

The 25-year-old then dumped the dead foetus in a bathtub next to a bin before going on the run, police say.

Mirian’s husband Mateus found the teenager’s body inside a barrel in the couple’s back garden in the state of Sao Paulo.

Suspect Siquiera, who sold baby products, had told friends and family she was pregnant and met the murdered teenager at a photographic studio which was taking pictures of mums-to-be.

She had invited Valissia round to her house on the pretext of showing her some baby shoes.

The tragic teen’s sister Elida said: “She suffered from false pregnancy delusions and we’ve since found out she couldn’t get pregnant.

“She opened up my sister’s womb to take her baby.

“Her stomach was large so everyone thought her story was true.

“She had made a room ready for her baby and talked about going to see her doctor every month.

“Everyone was so happy at my sister being pregnant. She’d bought all the baby clothes.

“Now we want justice. We want this woman found and made to pay for what she did.”

The fugitive’s husband, who stumbled across the bodies after returning from a bar and claimed his wife admitted to stabbing Valissia during a row started by the teenager before fleeing, confirmed to a local TV station: “Mirian said she was pregnant. I have no idea where she is now.”

The crime, which happened on Wednesday, is currently being investigated as a homicide and foetal abduction. 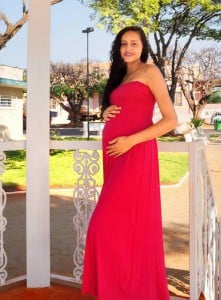 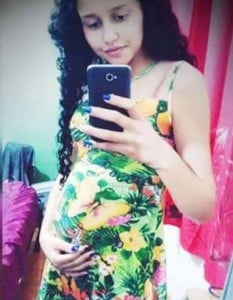 Earlier this year we reported a US woman faced 100 years in prison after being convicted of attacking a pregnant woman and cutting her baby from her womb in 2015. Read that story here.