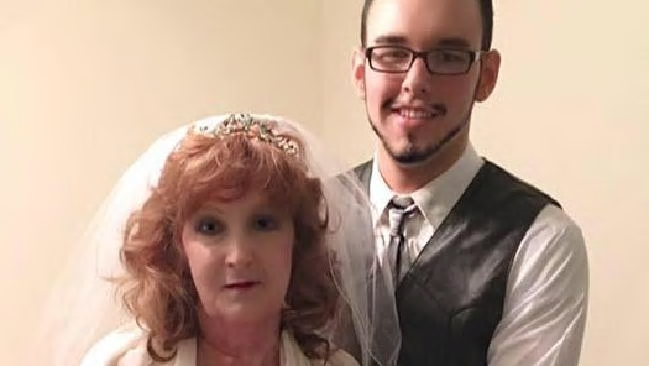 Teen found love with a 72-year-old gran after meeting her in a pizza restaurant.

Gary Hardwick, 19, has been married to wife Almeda for two years, having popped the question after two weeks of dating.

He told The Sun how, aged 17, he’d just come out of an unhappy relationship with a 77-year-old when he locked eyes with gran-of-six Almeda — and said it was love at first sight.

Now the couple, who live in Maryville, Tennessee, are happier than ever.

“The first thing that attracted me to Almeda was her beautiful, gorgeous blue eyes. And her personality,” Gary said.

“She’s always full of laughter and we just connected so well. The chemistry was great.

“Everything about her has just captured my heart since day one.”

Almeda added: “If you love somebody, age is just a number. I’ve now been happily married going on two years with my true soulmate.

“We met at Chuck E Cheese, there was a birthday party there. I looked into his eyes and I just fell in love.”