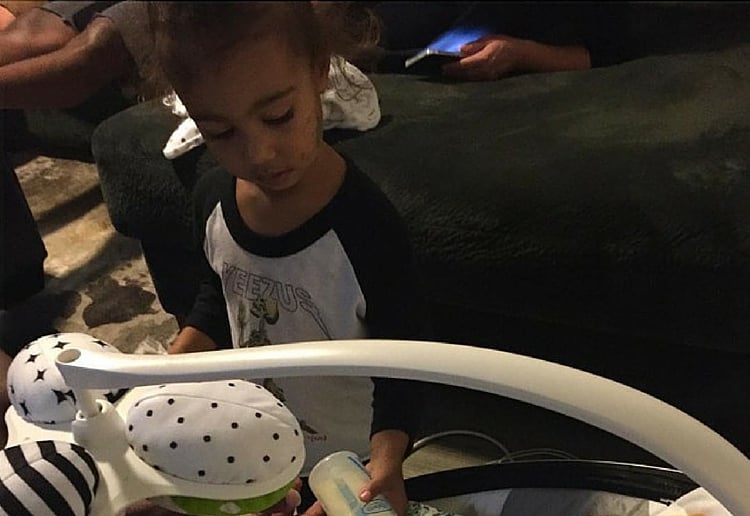 Fans of the Kardashians recently went Instagram CRAZY when a photo was shared of North West holding a bottle and feeding it to a baby in a rocker.

As it stands, one can understand the excitement shown by fans.  The only image that has been released of North West’s baby brother, Saint West, is this one of his tiny hand holding onto North’s finger.  No other images of either a sleeping or awake of baby Saint have been shared up until this point.

So the question of whom North West was feeding stood.  Fans hoped it was a glimpse of Saint West – only to have their hopes dashed.  It turns out, that the picture itself is two months old and the baby photographed with North is actually the son of Kanye West’s cousin, Ricky Anderson.

The Kardashians are still causing their fans to hold their breath and we hope for a image soon of baby North West that we can all share.