Article The benefits of an active birth 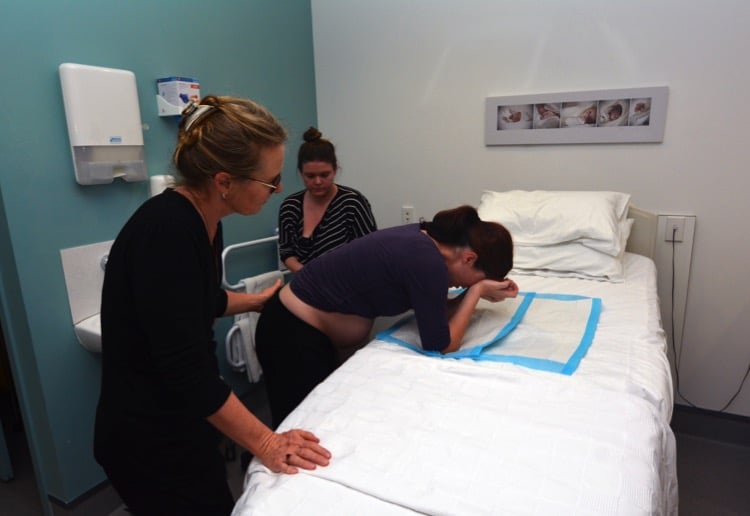 The term “active birth” is used frequently, but puzzles many.

Many people interpret the term as meaning that the mother has to be constantly moving or “active”. Which is completely not the case, active birth refers to a woman being able to move into positions, sway, rock and moan through her contractions, without being limited to laying in a bed. She may, however, choose to lay in a bed to relax between contractions, or finding it beneficial to cope with her contractions, while being in the bed.

Much research has gone into the benefits of an active birth versus a birth where the mother is confined to bed. Lower rates of pain relief requested, lower rates of interventions such as syntocin, and ARM (Artificial rupture of membranes), lower c-section rates, and lower rates of episiotomy and damage to the perineum.

Typically, when a woman is active during labour, she chooses or adopts upright positions, leaning on her partner or doula, using the shower or a birthing pool, the side of the bed or a physio ball, anything in the room she can lean on for support. Her doula can show her ways to utilise the tools in the room as well as her own body, to help sway and rock the baby down into the pelvis. This is much harder, longer work if the mother is bound to the bed with monitors, unable to use gravity to help facilitate baby’s descent.

When a woman gives birth in an upright position rather than laying flat on her back, there are many benefits.

The pelvis ligaments soften during pregnancy, so that the pelvis may widen during delivery. But it is still inherently immobile, the only part of the whole pelvis that moves during delivery is the sacrum or tailbone. When a woman is on her back, the sacrum can not move freely, as it’s being pushed into the bed, meeting resistance and therefore, not moving. The pressure of baby’s head is not evenly distributed, so the majority of the pressure is on the perineum – leading to tearing or episiotomy. The surface area of the birth canal is reduced, leading to more usage of forceps or ventuse extraction, also more instances of shoulder dystocia.

Many mothers will also attest to the increase of pain, being on the bed rather than moving about or squatting, standing squat or hands and knees for delivery. Many of these things are either lowered or completely negated if a woman delivers in an upright position.

In the words of Janet Balsakas ‘Certain principles of physics apply to childbirth and these are denied or negated when a woman gives birth lying down. The facilitating influence of squatting positions was also radiographically confirmed in the 1930’s. It was shown that the cross sectionial surface area of the birth canal may increase by as much as 30 percent when a woman changes from lying down on her back to the squatting position.’

It is only when health care providers force them into a bed, that women start to doubt their ability to give birth. When women can be ‘active’, that is, choosing whatever posture or position that comes naturally to them, there are far better birth outcomes.

As long as you remember that active birth means following your body and your instincts, rather than a vision of marching up and down the halls, you will feel more confident, and have a better outcome than you would lying flat on your back in a bed.

Active birth really refers to the mother being an active participant, rather than a “supine patient”.

Did you have an active birth? Share with us below.