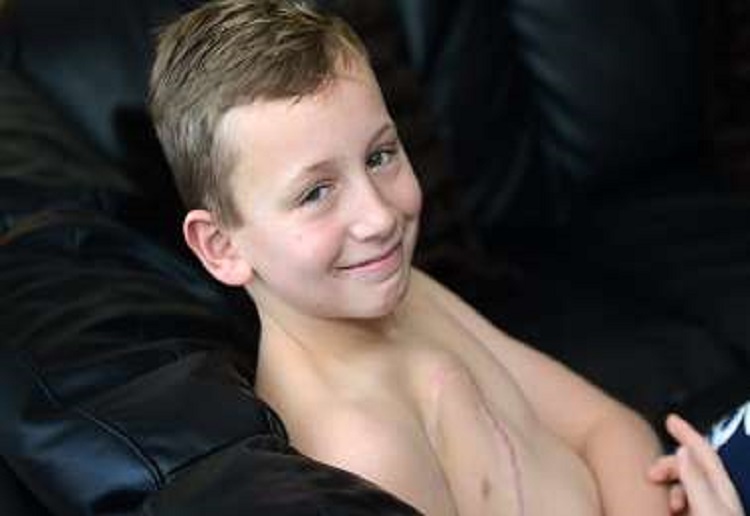 A UK tween is the first child in the country to undergo a mastectomy.

The Telegraph have today shared a story on brave 11-year-old Lewis Deakin, from Wythenshawe, Manchester, who suffers from a rare condition which causes him to grow benign tumours in the arteries in his chest.

The youngster, who suffers from arteriovenus malformation, recently had a mastectomy to remove his right pectoral muscle at Birmingham Children’s Hospital.

Lewis tells his pals at school that his operation scar is actually a shark bite.

Mother Victoria said: “I would just crumble if it was me but Lewis is really good.

“It was a really big lump on his chest and it even stretched out his clothes. One teacher thought he had a beanbag up is top.

“He is the only child in the country that has had a mastectomy. As he gets bigger they will be able to reconstruct his chest.

“He was a bit daunted by it all at first and he wouldn’t show anyone the scar. But now he tells all the girls at school ‘I’ve been bitten by a shark’. He says it’s a real pulling machine!”

Such a brave kid. Good on you, Lewis.

Image via The Telegraph.