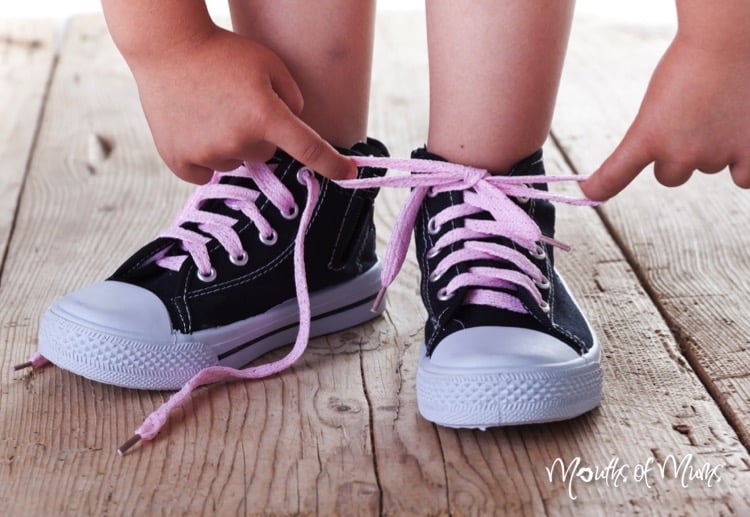 A survey has revealed that nearly half of British children can’t tie their shoelaces.

A poll of 1500 parents with children under the age of 10 found that a staggering 45 per cent knot their laces, with many relying on shoes with velcro straps.

The research conducted by footwear firm, Wynsors World of Shoes, found that of the 55 per cent of children who could tie their own laces, more than third ‘can’t be bothered’, instead simply tucking the laces into their shoes.

The study also found that 42 per cent of children under the age of ten can’t tell the time, 25 per cent can’t use a knife and fork confidently and 44 per cent have no idea how to read a map.

When did your children learn to tie their shoe laces?

If you are struggling to teach your children, check out this clever tip here.