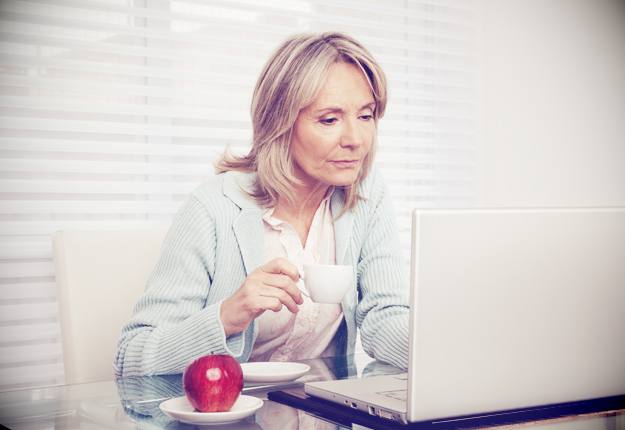 My finger hovered over the computer mouse. Despite my anger, I still felt a twinge of guilt. Was I about to commit a modern day social faux par? Would there be consequences? What would I say when discovered?

Still, I took a deep breath, clicked – and ‘unfriended’ my mother-in-law (MiL) on Facebook.

In writing this article, I presume I am not the only one who has been ‘friended’ by their MiL on Facebook or via other social media channels. It is a friend request that I am sure has left many of us in a cold sweat.

No more are our lives removed from our relatives – gone are the days of making social chit-chat at family gatherings, but not really knowing what is going on in each other’s lives.

Now, we get requests from parents, in-laws, long lost cousins we have not seen for decades. It can be a good thing, but it can add some stress to the relationships too.

My MiL got a Facebook account last year. I found out when I started seeing her responding to posts on a sister-in-law’s Facebook page. As weeks went by, she became more active but had not invited me to become a ‘friend’.

Most of me was relieved, but a small part was annoyed too. Why was my husband (her son) & his family less important than the others? But mostly it was relief.

However, of course I eventually got notification that my MiL had sent me a friend request.

I did what I usually do when faced with making a decision I don’t want to – procrastinate. I discussed the issue with friends and colleagues. Would it be more detrimental to not accept the request than accept it?

In the end, a colleague told me I could always block any post I didn’t really want her to see. So, I accepted the request.

I can’t really say that being Facebook friends improved our relationship. For example, although I knew it at a subconscious level, did I really need to see in black & white that she was ‘single & looking’?

I have put up with her comments on my posts, sometimes having to take a deep breath and walking away to stop myself replying.

Like when I complained about the state of my daughter’s bedroom. Apparently, my daughter must take after me, because she doesn’t take after my husband who used to not only clean his bedroom, but the entire house.

Don’t get me wrong – it was not all bad. She did make some nice comments and it was nice for her to see pictures of her grandchildren. However, recently something happened made me react.

My MiL, who lives interstate, came to stay with us for almost two weeks. Her post-visit Facebook report indicated she’d been away, visited “family & friends” and then listed all the things she had done & seen.

This post did not mention her son or grand-children at all. Not the sports she had watched them play, nor the birthday she had helped celebrate. For those who did not know, it looked like she had been away on a holiday.

Now, some of you might think I am being a bit sensitive, but when you compare this to her posts about her other children & grand-children, where she talks about them by name every time she sees them and says how much she enjoys seeing them & misses them when they are gone.

My husband told me not to worry and that being on a holiday interstate sounded so much more interesting than visiting and staying at your son’s house. Still, it was my final straw.

As of now, I am not sure if she has realised she is not seeing my Facebook posts. I am not sure how I will deal with it when she does.

“Oh gosh – I am not sure how that happened?”

“Your posts & comments annoyed me, so I unfriended you”.

It is just another social stress involving family that I don’t want to deal with – so for now, I will bury my head in the sand and hope some of you have similar stories to tell. Or better still, worse ones!

*This article was written by a regular MoM contributor, who has decided to remain anonymous to protect the identity of those involved – particularly her own.