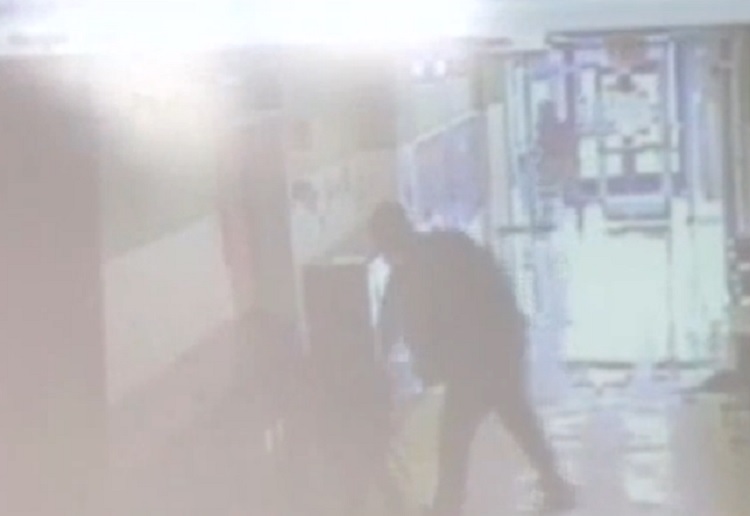 Police investigate a video capturing the moment a father punched a little boy in a school hallway.

The footage – captured by surveillance cameras inside KIPP DC Spring Academy in Washington DC around 8.30am Wednesday – shows the man lean in and then suddenly hit the seven-year-old student.

The boy collapses to the ground in pain, holding his torso, while the man scampers off, reports Daily Mail.

The child, identified only as John, says that he was punched in the stomach.

‘I was in the hallway, the day was on Wednesday, and then somebody punched me in my stomach,’ John told WJLA.

‘It made my stomach real painful.’

John’s mother, Lena Mclean, went to the school and requested the footage after her son came home and told her what had happened him.

‘You watched my son on that ground and you didn’t do nothing … and all you could say to me is you was playing,’ said Lena.

In a letter to parents, the school’s spokesperson said they would continue to investigation the incident.

The letter acknowledged that a police report was filed and that D.C. police are investigating the incident. The parent in the video has not been arrested.

The letter also said: ‘The health and safety of our students, teachers, and staff remains our number one priority and we will continue to work closely with the police to ensure that students and staff are safe at school.’