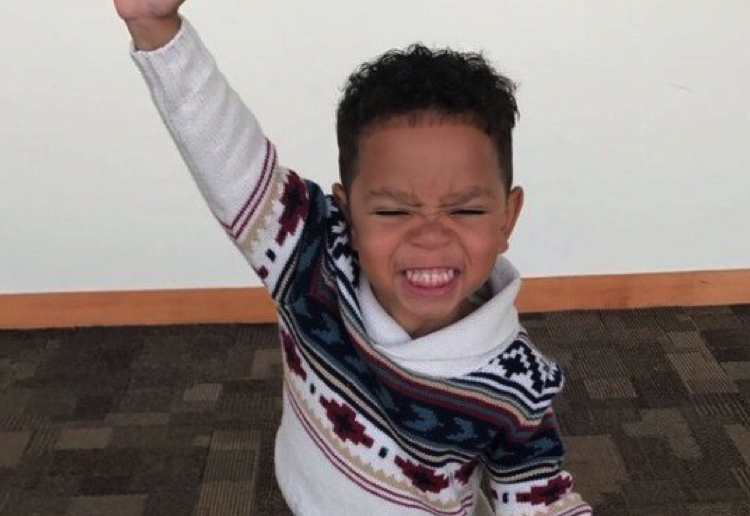 Michael Brown has spent 832 days in foster care, which is most of the 3-year-old’s short life.

But the gorgeous boy from Arizona has had all his Christmases come at once, after finding out he now has a “forever family”.

Michael was formally adopted earlier this week, with his new sister Dezhianna Brown, 17, sharing a joyous photo on Twitter on Tuesday.

The adorable Michael can be seen holding a board reading “Some things are worth the wait. After 832 days in foster care, today I’m adopted.” 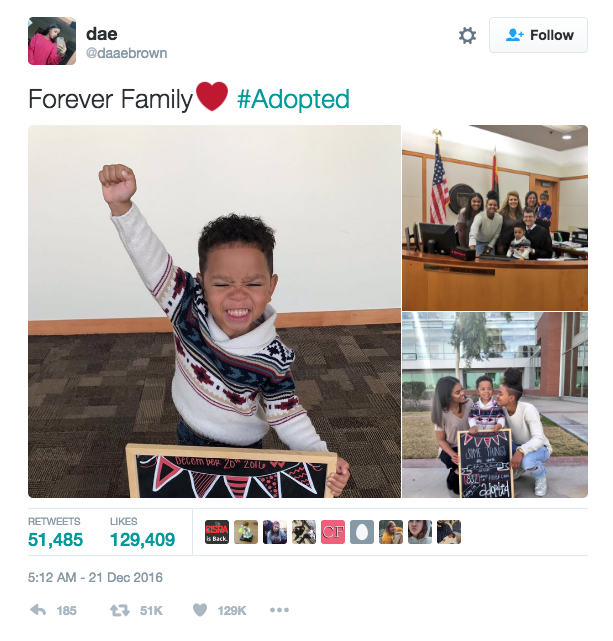 Speaking to Buzzfeed, Dezhianna revealed that when Michael originally joined the family, we was very quiet and would cry a lot.

“He’s a lot more outgoing now and you can now see the personality in him,” she shared.

“His last name was already Brown, so we knew it was meant to be.” 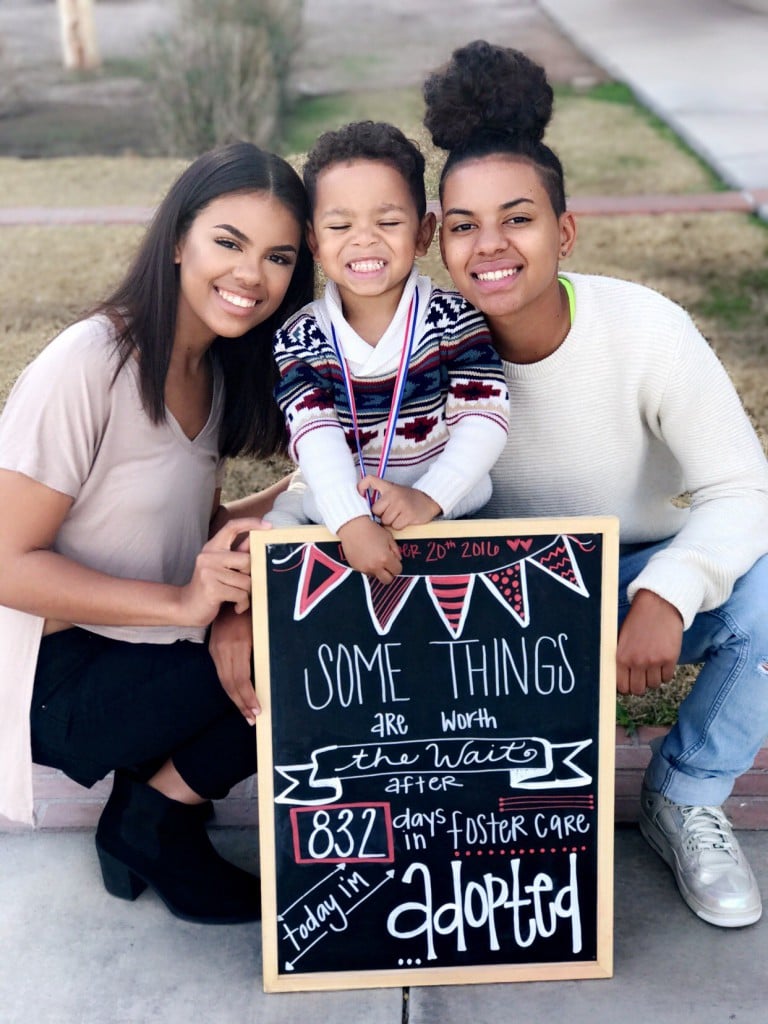