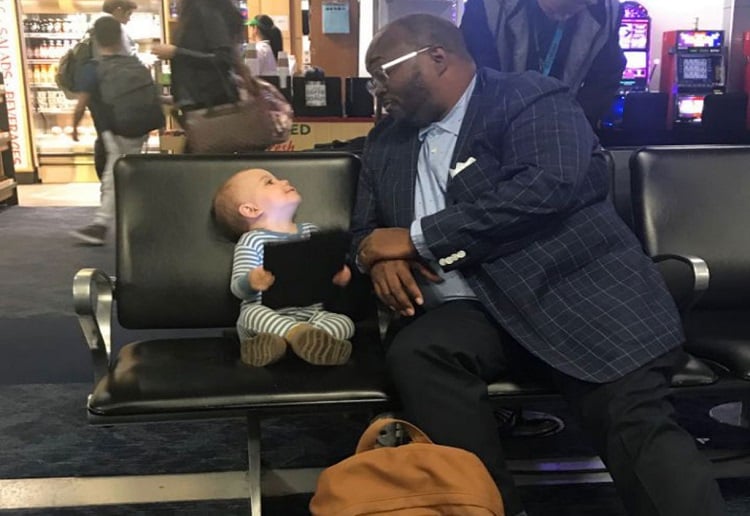 Dad praises a stranger who sat with his little girl at the airport with cute pictures of the pair now going viral.

Dad Kevin Armentrout was at McCarran International Airport in Las Vegas on Saturday with his wife and 16-month-old daughter Carter Jean.

As they waited for their flight, Mr Armentrout shared that his little girl was being “her usual inquisitive self” greeting everyone until she walked up to one man in particular.

“He reached out and asked if she wanted to sit with him. He pulled out his tablet and showed her how to draw with it, they watched cartoons together and she offered him snacks,” Mr Armentrout wrote.

“This wasn’t a short little exchange – this was 45 minutes.

The man, later identified as Joseph Wright from Oklahoma, is seen showing Carter Jean how to use the tablet.

Mr Armentrout told Yahoo Lifestyle he initially tried to pull his daughter away after she walked up to Mr Wright, concerned about his personal space.

But Mr Wright told him: “Let her come up.”

We need to see more of this! So adorable.