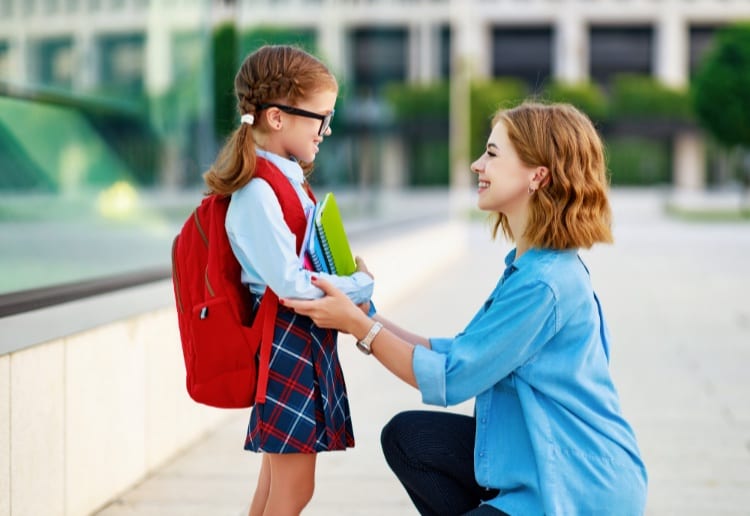 Every year parents agonise over the right time to send their kids to school. Due to the cut-off dates for starting school in some states, kids can either start kindergarten at 4 years old turning 5 in the first year or else one year older at 5 years old, turning 6.

It’s been the growing trend over the last few years to hold kids back from starting school until they are on the older side of the scale. The question of whether you should send early or late pops up regularly on social media without fail. In most cases, the majority of parents recommend giving kids an extra year of play, as opposed to sending them to school early. Teachers and other educational experts often weigh into the debate and while they emphasise that each child is different, most will recommend sending when the child is more mature.

While more experienced parents say that you won’t ever regret holding back your child, one mum confided that she had chosen to keep her child back from starting school and regretted it.

While the research into the effects of sending your child early or later to school fluctuates, a recent study has found that there is zero “long-term academic advantage gained from holding a child back from starting school,” as reported in SMH.

Kids who started school earlier were slightly behind in reading and maths after three years, but this disadvantage diminished in years 5 and 7 and by year, it had disappeared completely and measured the same level as their peers, said University of New England researcher Sally Larsen.

Age Is Not The Major Factor When It Comes To Success

Ms Larsen said that these results indicated that the learning in the school has more impact on literacy and numeracy than age differences.

This recent study used data to examine whether delayed school entry was associated with higher achievement in NAPLAN reading and numeracy tests.

“We interpret it as time spent in school is doing what it’s supposed to be doing, so those relative age differences matter less,” said Ms Larsen, who is a PhD candidate.

“They’re getting the same content, so whatever maturity advantage the older kids have, the other kids do catch up,” she added.

Despite this new research, parents need to evaluate their children as individuals as each child is different.

Let’s have a quick look at the pro’s and cons of each option:

Positives to a delayed start:

Negatives to a delayed start:

It can be overwhelming for parents, however, you know your child best. You know what your child is capable of. You have seen your child at their best and at their worst. It is important to trust yourself and your instinct as a parent.

When In Doubt…Give Them An Extra Year Of Play

Dr. Nadia Louw, Educational Psychologist says that when you are in doubt, keep them back.

She says that as parents you might feel like you are giving your child an academic edge, but it can cause untold damage if they are not ready for formal education. “It is like forcing a little fledgling from the nest before its wings are fully developed.”

“The impact on the child’s academic self-concept and ability to learn can be great. So parents have to think carefully when making this decision.” She also says every child is different and it really depends on them.

Did you send your child to school early or did you give them an extra year of play? Have you found that it has had a significant impact on them either way? Tell us in the comments below.