Article There Is NOTHING Merry About My Husband’s Christmas Tree Decorating! 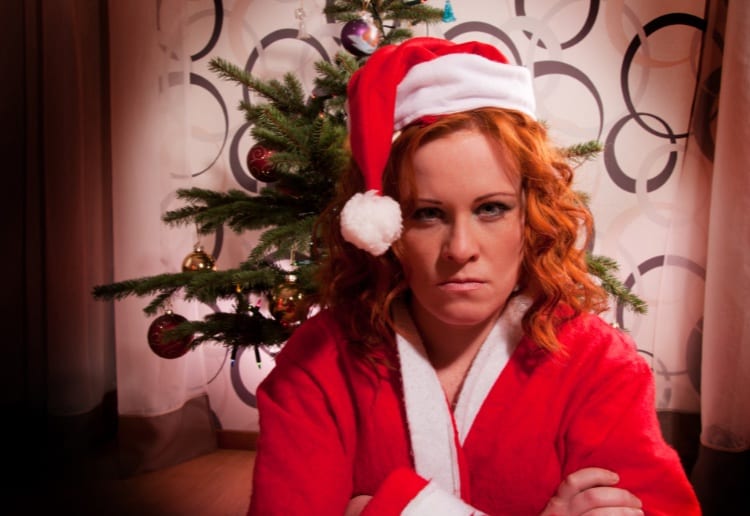 As a child I would visit my husband (then arch-enemy’s) house and CRINGE at the sight of his Christmas tree.

It looked awful! Absolutely dreadful! In fact, it was an abomination – a true insult to Christmas and all things merry!

As shocking as his Christmas Tree truly was, I don’t believe I teased him for it… as much as what I should have. Although looking back on it, a bit of constructive criticism might have done him some good.

The worst part was that his parents actually believed that he did a glorious job! They never readjusted a single bit of the disaster that they called a Christmas Tree. And it wasn’t just because he was a child – it’s not as though his ability improved with age! I’d say that perhaps as his confidence in decorating grew along the years – so too did his lack of creativity.

That man couldn’t decorate a tree to save his life!

Realistically though it may not necessarily be his fault entirely, because once he left home and his parents decorated their tree themselves it still looked like a complete and utter disaster – no wonder they couldn’t recognise his lack of decorating ability!

Recently my mother-in-law has had her heart set on a pre-lit tree and she had hoped to palm her train wreck tree on to us. I nearly died! You see although my hubby lacks Christmas creativity, his Christmas spirit is far greater than anyone I know. He probably would have loved to provide a new home for his mother’s ugly tree. However the very thought of it makes me feel ill!

The only reason they even bought that monstrosity was because they wanted to try and compete with my AMAZING childhood tree. His family came over for dinner one evening when we were kids, they saw my gorgeous gigantic tree and COPIED me. That’s right, my husband and his family are just a bunch of COPYCATS!

It wasn’t just the size of my tree that they copied, they went out and bought the EXACT same musical Christmas lights as me, after seeing mine. But they NEVER used the music function because it irritated the heck out of my hubby’s parents.

The problem is they want what they see, but they just can’t put it all together the way it’s supposed to be. In fact, they bought the biggest artificial tree they could, and then had to cut it to size to fit their ceiling.

This year for the very first time in a decade, my hubby was home on the first of December – the day I put up our tree. And I was DREADING what was about to happen!

That man had the cheek to offer to help me put up my tree. He actually thought it would be a fabulous idea! My husband has to be completely out of his mind! I most certainly didn’t want any sort of help from him. How could he still be so blinded by his parent’s praise to actually believe that he knows how to decorate or even fluff a tree!

Now I’m not saying that I’m Mrs. Christmas, because my tree never looks anything like the ones you see on Instagram. However, I am saying that children hold grudges and my husband should never have started this competition with me as a child to see who could have the biggest, brightest, best tree because clearly, it’s never going to end well.

For as long as I can remember, we have been Christmas rivalries. And I love it! Admittedly it’s super challenging to try and decorate a tree and have it look magical with little ones of our own, BUT, I still feel like I’m winning at this competition of ours.

Maybe that’s all it ever is- BELIEF that you are absolutely nailing it at something for it to work out. NAH, my bad, my hubby truly believes in his Christmas decorating ability- but it doesn’t exist HA!

Honestly, I just love having someone to be this childish with at Christmas time. I feel very blessed to be able to enjoy this kind of history with someone and being childlike at this time of year is magical in itself because really that’s what Christmas is all about to me – the children as well as feeling young, excited and believing in the magic that is Christmas with the people that you love the most.

Wishing you all the healthiest, happiest Christmas xx

Does your partner get involved in the Christmas Tree decorating? Tell us in the comments below.