Article These women let their dads into the labour ward 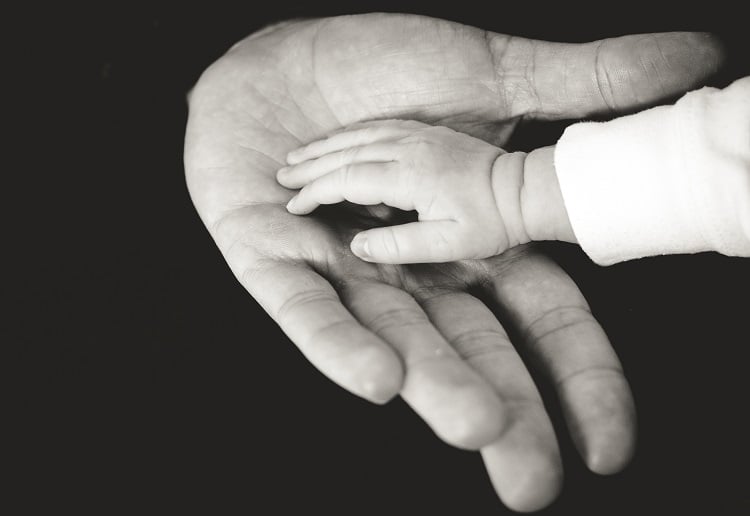 Most women prefer their partner, mum, sister or best friend by their side during labour. Not these women though….

Jade Lee, 32, never had any doubt over the person she wanted by her side in the delivery suite: her father Cliff.

Extremely close to the man she still calls ‘Daddy’, Jade, an assistant head teacher from London, didn’t want him waiting at home for a phone call. She wanted him there with her, through every grunt, groan and contraction, reports Daily Mail.

‘My Daddy is my hero,’ says Jade. ‘He was so thrilled when I told him that I was pregnant, dancing around the room and singing, “I’m going to be a grandpa.”

‘He’s always been there for me, and I wanted him to be part of the most important experience of my life.’

While most women would squirm with embarrassment at the very thought of their own father seeing them so exposed, Jade had no such qualms about letting 58-year-old Cliff witness such an intimate event.

And as for Cliff, he didn’t hesitate to accept his daughter’s unusual request.

‘He said instantly, “I’ll be there for you, no question,” says Jade. ‘And my mum was very supportive of my decision, too. My parents come as a team.’

So when Jade went into labour in February this year, she was accompanied by her parents, her younger sister Chelsea, her friend Natalina, and her now ex-partner.

‘The midwife kept asking if I was sure I wanted all these people in the room,’ recalls Jade. ‘But I knew what she was really asking was if I wanted my dad there.’

Jacque Gerrard, Director for England at the Royal College of Midwives, it is extremely unusual for women to want their fathers to witness them delivering a baby.

‘It’s not something I’ve ever come across — and I’ve been practising for over 30 years,’ she admits. ‘But we are very pro-choice, so if that’s really what the woman is requesting, then it would be facilitated.

‘It would be similar to anyone else being present at birth. The expectation is that the person is there to support the woman emotionally.’

Jade, who had a water birth, insists she didn’t feel awkward at all, even stripping off her bikini top when she got too hot.

‘I’m not prudish. When you’re pushing a baby out, you’re not thinking about whether or not you’re naked, you’re just focusing on getting the baby out.’

Jade says: ‘He stood behind my head the whole time, stroking my forehead. He kept telling me how proud he was of me and saying, “Come on, Jade, you can do this.” It was fantastic to have him there.’

And when baby Indie was finally born, Cliff was one of the first to hold her — just as he’d held Jade straight after her birth.

‘It was absolutely perfect. Having my dad and everyone else there was magical. Even the midwife said it was the most amazing birth she’d been part of.’

Not the only daddy’s girl

Bridget Roulston, a 34,from Surrey, also had her father present when she gave birth to her first child, Holly, six years ago.

She says: ‘I had been umming-and-ahhing about who should come to hospital. I didn’t want to leave Dad alone in case something happened to him, and I thought it could be a lovely thing to have him witness the birth of his first grandchild, as it could be the only one he got to meet.

‘As the time drew nearer, I knew I needed both my parents present during one of the most painful, yet beautiful, times of my life.’

Before asking her dad, Bridget ran the idea past her mother and her husband Matthew — and both were overwhelmingly in favour of Derek being in the delivery room.

‘Matthew was just delighted to have another male present,’ says Bridget. ‘Mum asked Dad for me, and his reply was “Anything you need, Bridge — I will be there”.

The excited grandfather-to-be even installed an app on his phone so he could follow his daughter’s pregnancy week-by-week.

‘Once you are in labour, you have to leave your dignity at the door,’ she says. ‘I had lovely midwives and a male student doctor. Dad always made himself scarce towards the back of the room when they came to check on me.

‘When it was time to push, he stood next to me, squeezing my hand, along with my husband and Mum. Hearing everyone in the room shout “Push! We can see a head!” gave me strength and I just focused on getting Holly out so we could all meet her.’
Laura Halfon,32, had her dad, David Jacobs, present through two of her three births.

Laura said, ‘I hadn’t made a conscious decision to have my dad present. The original plan was for him to drop my mum at the hospital and then go to my house,’ she explains. ‘But when my parents arrived, I was so happy to see them both that when Mum asked if I wanted my dad to leave, I said no.

‘We’re a very close family so I don’t think it came as a surprise to him. He was definitely happier being there than sitting by the phone all night waiting for news.’

Did you have your dad present at your labour?