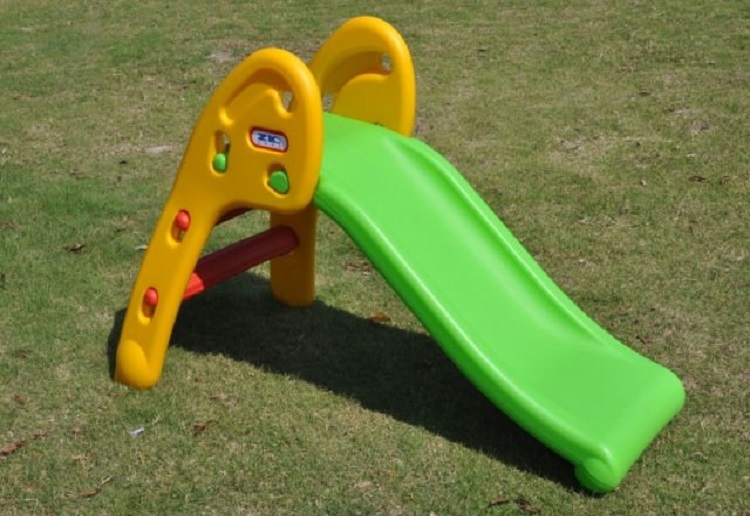 A mum has shared a shocking image of the terrible wound her toddler received after an accident on their backyard slide.

Little Ava Wilkinson, 2, was playing on her slide when it tipped over on uneven paving stones, sending her crashing to the ground.

Ava’s mother, Laura Cook, 29, said she feared for her daughter’s life after seeing pools of blood and a massive hole in her forehead that left the toddler’s skull exposed.

“There were some uneven paving slabs on patio and when Ava got onto the slide it toppled over and she smashed her head on the stones,” Laura said.

“I just heard this almighty scream. Darren reached her first and there was blood everywhere.

“It all happened at once and I didn’t know what to do.

“You could see her skull through the hole in her head and I knew it was bad.”

“We wrapped a tea towel around her head to try and stop the blood but she started getting drowsy,” Laura said.

“I tried to keep her awake because I knew if she lost consciousness then it would be difficult to wake her up.

“My worst fear was that her skull had cracked and the hole had gone deeper, affecting her brain.”

Luckily, the wound only required stitches but the two-year-old suffered a huge scar which may need cosmetic surgery later down the line.

Laura now wants to warn other parents to be more careful about the placement of light weight slides and play equipment in their yards.